HomeArticleAmerica steps back into the ring with the Palestinians
Article 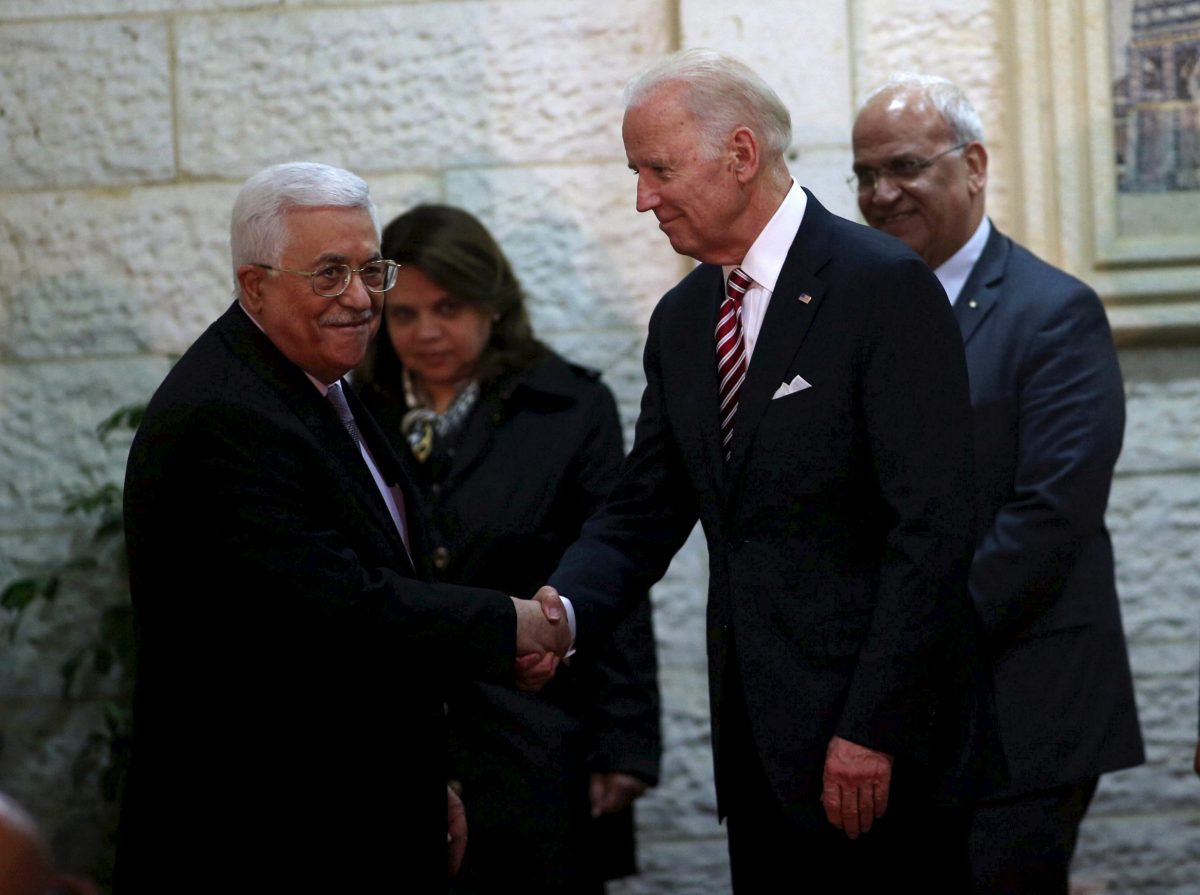 January witnessed the resumption of diplomatic contacts between the United States and the Palestinian Authority following a three-year hiatus. After the Trump administration afforded official recognition of Jerusalem as Israel’s capital in December 2017, Palestinian President Mahmoud Abbas stopped talking to the White House, which he said had effectively “withdrawn from… sponsoring the peace process.” Hady Amr, the newly installed Deputy Assistant Secretary of State for Israeli-Palestinian Affairs, is back working the phones to senior Palestinian officials.

Amr’s mission may be most notable for the modesty of its objectives. Tapped as President Joe Biden’s troubleshooter for the region, Amr is now tasked with injecting balance into US foreign policy after the turbulent tenure of Donald Trump, who lavished diplomatic rewards on Israeli Prime Minister Benjamin Netanyahu at the expense of Palestinian aspirations. Amr—a veteran of the US Departments of State, Defense, and Homeland Security—makes his public debut on February 23, when he is scheduled to join a forum of international donors for a discussion on measures to bolster the Palestinian economy.

The renewed US effort to engage with the Palestinian leadership comes against the backdrop of the past four years, during which the Abbas government found itself consistently on the defensive. Trump, who had initially invited Abbas to negotiate “the ultimate deal” for peace with Israel, shifted gears quickly, instituting a series of decisions that antagonized Palestinians. The relocation of the US embassy from Tel Aviv to Jerusalem, the termination of US contributions to the United Nations Relief and Works Agency (UNRWA), the closure of the Palestine Liberation Organization (PLO) office in Washington, and the subsumption of the US consulate in Jerusalem into the city’s new US embassy—all of which took place in 2018—clarified that the US would not be deterred from fundamentally altering the regional landscape in Israel’s favor.

Biden’s plans to plot a different course were articulated first by Richard Mills, the acting US representative to the United Nations. Mills, addressing the UN Security Council on January 27, declared that relations with the Palestinians had “atrophied” under Trump. Rather than setting its sights on a landmark peace accord like countless of its predecessors, the Biden administration will harbor more limited ambitions of making incremental moves to deconflict the parties and foster dialogue.

“The United States will urge Israel’s government and the Palestinian Authority to avoid unilateral steps that make a two-state solution more difficult, such as annexation of territory, settlement activity, demolitions, incitement to violence, and providing compensation for individuals imprisoned for acts of terrorism,” Mills said. He also noted that Biden would restore US assistance programs to the Palestinians and re-open shuttered diplomatic posts. The US embassy will however remain in Jerusalem, as confirmed by Secretary of State Tony Blinken during his January 19 confirmation hearing.

One Trump initiative that Biden intends to continue—the exception that proves the rule—is the promotion of peace between Israel and the Arab world. And, yet, Ambassador Mills, reflecting Palestinian anger at Arab states that have accepted Israel without insisting on a prior resolution of outstanding Palestinian claims, emphasized that any future agreements should “proceed in a way that unlocks new possibilities to advance a two-state solution.”

In contrast with Trump—whose Middle East team was led by his son-in-law and senior advisor Jared Kushner, as well as his personal lawyer-cum-White House negotiator Jason Greenblatt—Biden has returned the policy reins to experienced hands. Amr will be playing point man on a squad that is captained by “known quantities,” including Blinken and Biden’s national security advisor, Jake Sullivan, signaling a return to a more methodical process with a higher degree of predictability. The preliminary conversations that Amr has already conducted with Palestinian principals—together with the calls that he, Blinken, Sullivan and other senior US officials have placed to their Israeli counterparts—suggest that the Biden administration intends to establish open channels of communication with working levels in both governments.

These changes come as both Israelis and Palestinians are preparing for upcoming elections. Netanyahu, Israel’s longest-serving prime minister, will compete in a March 23 vote that may turn on public confidence in his management of the COVID-19 health crisis. While Netanyahu takes credit for Israel’s world-leading pace in vaccinating its population, he has also been blamed for policy failures that have generated high infection rates and death tolls, leading to the imposition of repeated lockdowns of businesses and schools. The Israeli leader is also facing trial on multiple corruption charges that have led to demands for his resignation; he has pleaded innocent. The race is up for grabs.

The possibility of a new Palestinian leadership is also viable. Abbas, who was elected to a four-year term as president of the Palestinian Authority in 2005, has remained in office owing largely to schisms within Palestinian society and its rival centers of gravity: Abbas’s secular Fatah Party, which rules the West Bank, and the militant Islamists of the Hamas organization which controls the Gaza Strip. Multiple attempts to hold elections in previous years have broken down due to animosities between the two movements. Palestinians are slated to vote for a new legislature on May 22 and on July 31 for the Palestinian Authority presidency. The outcome of all of these ballots could have a defining impact on President Biden’s prospects in the Middle East.Atlanticcouncil.org. 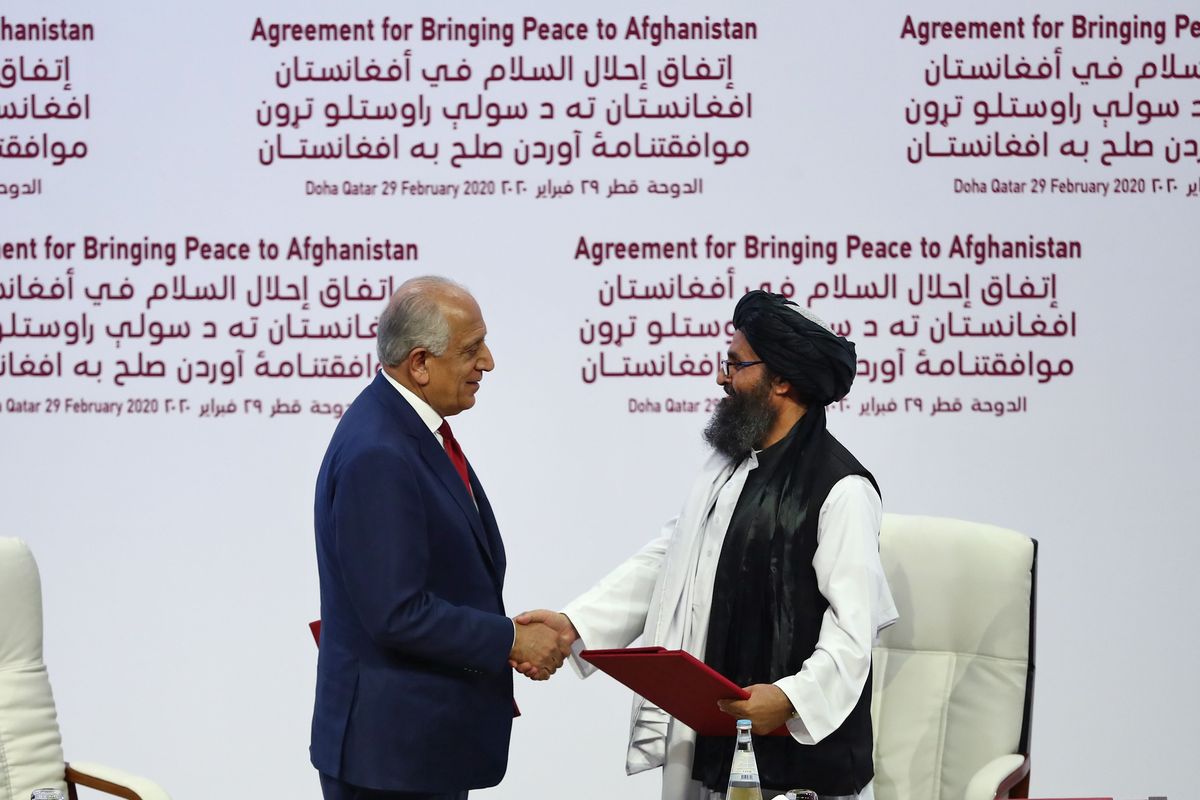 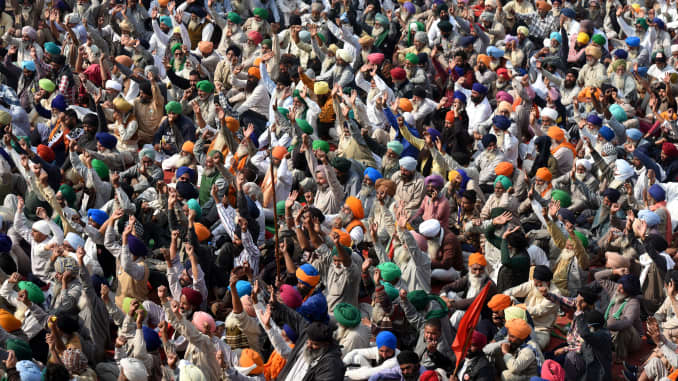