India bans export of Remdesivir as coronavirus rages on 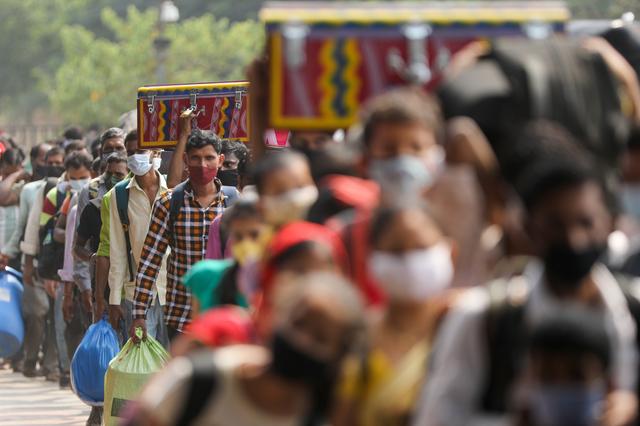 New Delhi: India banned the export of anti-viral drug Remdesivir and its active pharmaceutical ingredients as demand rocketed due to a record surge in Covid-19 infections, leading to a crippling shortages in many parts.

Authorities have blamed the ferocious resurgence of the virus mainly on crowding and a reluctance to wear masks.

Still, religious gatherings have continued and Prime Minister Narendra Modi and Home Minister Amit Shah have themselves addressed election campaigns attended by tens of thousands of people, many without masks and hardly any following social distancing.

As new Covid-19 cases surged to 152,879, the sixth record rise in seven days, harried relatives of patients made a kilometre-long queue to buy Remdesivir outside a big hospital in the western state of Gujarat, witnesses said.

India, known as the pharmacy of the world, has already stalled major exports of coronavirus vaccines though its supply too has run short in some states of the country.

In addition to the Remdesivir ban “till the situation improves”, the health ministry said that manufacturers had been asked to step up supplies.

Seven India-based companies have licensed the drug from Gilead Sciences, with an installed capacity of about 3.9 million units per month, for local use and exports to more than 100 countries.

The World Health Organisation in November issued a conditional recommendation against the use of Remdesivir in hospitalised patients, saying there was no evidence that the drug improved survival and other outcomes.

But many countries, including India, have continued its use.

Deaths have also surged, with the health ministry reporting 839 fatalities on Sunday – the highest in more than five months – taking the total to 169,275.

India’s tally of more than 13.35 million cases is the third-highest globally, behind the United States and Brazil. India’s new infections have soared nearly 18-fold since hitting a multi-month low in early February. Asian Peace.org