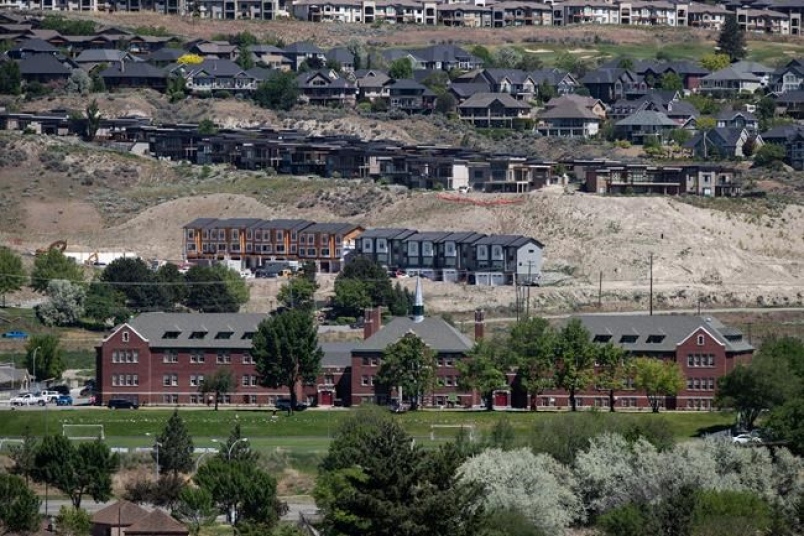 Ottawa: The discovery of an unmarked burial site at a Kamloops, B.C. residential school has sent shock waves across the world, which experts say will have a lasting negative impact on Canada’s reputation as a leading human rights defender.

William Schabas, a professor at Middlesex University in the United Kingdom, said Canada likes to champion itself as a human rights supporter, but the discovery will hurt its reputation and make many people look at its activism with an amount of cynicism.

“They will say ‘This is a country that’s great at condemning human rights violations in the strongest of terms in other countries, and has more trouble with its own situation,'” he said.

The Tk’emlups te Secwepemc First Nation announced last week that ground-penetrating radar had located what are believed to be the unmarked graves of 215 children at the Kamloops school. A more complete report on the findings is expected later this month.

The United Nations Human Rights Office called all levels of Canadian governments to investigate the deaths of Indigenous children at residential schools and to intensity efforts to find those who are missing.

UN human rights office spokeswoman Marta Hurtado said Canada must ensure “prompt and exhaustive investigations” into the deaths and redouble efforts to find the whereabouts of missing children, including by searching unmarked graves.

The discovery is “shocking and reopens painful wounds,” she said.

Hurtado said healing will only be possible once families and Indigenous communities are given access to documents about missing or dead family members and the remains are properly identified.

She said appropriate compensation, official apologies, memorials and rehabilitative services should also be considered, calling those measures “cornerstones for reconciliation.”

Prime Minister Justin Trudeau has said it is the “fault of Canada” that children who died during forced attendance at residential schools are not the parents, grandparents, elders and community leaders they should have become.

Hurtado called on Trudeau to establish a specific legal organization, with government and Indigenous members, to protect and manage burial sites, and that the United Nations is able to offer technical help.

“The historic abuses against Indigenous children in government-run educational and health institutions continue to affect the lives of Indigenous communities,” she said.

“Lack of exhaustive clarification and access to truth and redress for what happened during this dark period compounds this.”

Indigenous Services Minister Marc Miller on Wednesday highlighted $27 million, part of funding previously announced in the 2019 budget, that will now be made urgently available to uncover unmarked graves at former residential schools across the country.

She said more than 150,000 Indigenous children were forcibly taken from their families and their communities to attend these government-funded and church-run schools, and they were forbidden from speaking their own language or practising their own culture, while many were subjected to physical and sexual abuse.

“These are really very grave human rights abuses,” she said.

She said the recent discovery is only at one of the more than 130 different residential school sites across Canada.

“It seems clear that many of Canada’s most notorious residential schools may be sitting on cemeteries and other graves like these.”

“Yet (Canada) continues to hold itself out as a human rights defender, and that’s just not holding weight anymore.”

She said there could be a wide variety of ramifications that Canada will face in the future if the country doesn’t step up and address its own human rights violations.

The Kamloops discovery came a couple weeks before Trudeau is expected to head to the U.K. to meet his counterparts at the G7 summit that will take place June 11 to 13.

Schabas of Middlesex University said that most of the countries in the G7 have problems in their history and Canada has done a better job in acknowledging its wrongdoings.

“I don’t think Canada is the worst in that crowd,” he said.

Several members of the G7 are former colonial powers including the United Kingdom, France, Italy and Germany, and the United States has its own issues, not just with its Indigenous people but also with the horrible historic treatment of African Americans that continues today, Schabas said.

He said Canada doesn’t usually lecture other G7 countries about their human rights records, but it does that with countries in the global south.

“(The Kamloops discovery) is going to discredit Canada’s initiatives when we’re dealing with people in the global south.”

Canada’s treatment of Indigenous people has been one of the biggest stains on its human rights record, said Bruno Gelinas-Faucher, a law professor at the University of Montreal and a PhD candidate in international law at the University of Cambridge. kamloopsthisweek.com

In a change of heart, UN hints at engagement with...

UN should take notice of Israeli oppression against Palestinians