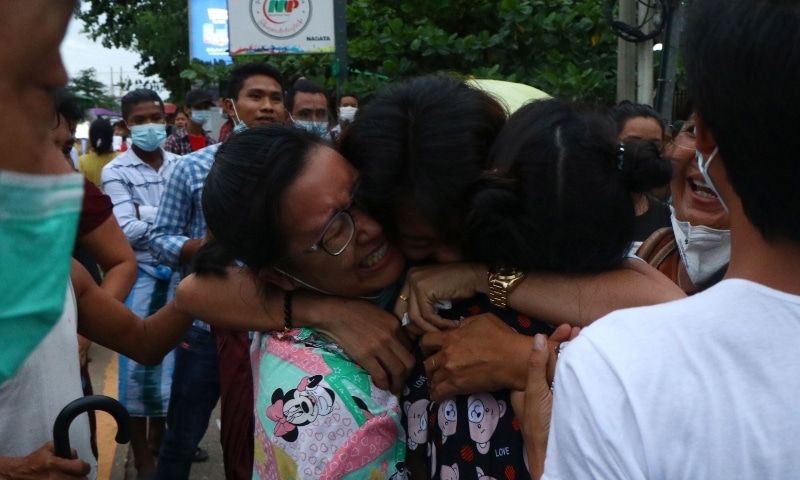 Yangon: Myanmar authorities released more than 2,000 anti-coup protesters from prisons across the country including local journalists jailed after reporting critically on the junta’s bloody crackdown.

Myanmar has been rocked by massive protests and a brutal military response since the February coup that ousted Aung San Suu Kyi and her government.

More than 880 civilians have been killed in a crackdown by the State Administration Council — as the junta calls itself — and almost 6,500 arrested, according to a local monitoring group.

After authorities announced the release, a crowd of at least 200 people gathered outside the colonial-era Insein prison in Yangon hoping a loved one might be released, a reporter said.

Pressing up against the barricades, many held umbrellas to shelter from light rain, footage on local media showed, with one woman holding a flower.

One man waiting outside the prison for his daughter, a protester, said he was “very proud of her”. “I will encourage her to fight until they win,” he said.

By the evening a total of 2,296 protesters had been released from prisons around the country, the junta’s information team said in a statement.

As buses pulled out of Insein to take detainees to local police stations where they were due to be released, those onboard flashed the three-finger salute — a popular protest symbol — through the windows.

Journalist Kay Zon Nway of Myanmar Now was among those freed from Insein, the news outlet said in a statement. AFP

Russia could have sunk UK warship without starting World War...