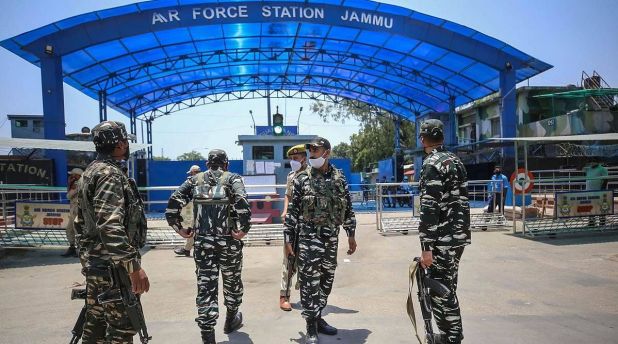 Srinagar: All Parties Hurriyat Conference (APHC) has said that Narendra Modi-led fascist Indian government is resorting to cheap tactics to implicate Pakistan in the ongoing drama about the farcical drone attacks in Jammu.

In a statement, APHC spokesman said that Modi regime is attempting to defame Pakistan to hide its domestic failure and to divert attention from the grim situation of the occupied territory.

He said, Pakistan has effectively highlighted the illegal actions taken by the Modi regime on and post August 05, 2019 to change the demographic composition of IIOJK. He maintained that in order to put pressure on Pakistan and to force it to withdraw its support to the Kashmiris’ freedom struggle, Indian government is blaming Islamabad for so-called drone attacks in Jammu to gain sympathies of the world.

The APHC spokesman said despite committing the worst brutalities on the Kashmiri people after imposing military siege in IIOJK, the communal Indian government has failed to suppress the Kashmiris’ ongoing freedom movement. He pointed out that resentment among the Kashmiris against Indian occupation is growing with each passing day. He said the Kashmiris’ resilience and resistance has put the Modi regime on the defensive mode. It staged the drama of talks with its hand-picked Kashmiris like Farooq Abdullah, Omar Abdullah and Mehbooba Mufti to hoodwink the world into believing that it is initiating measures to address the situation in IIOJK, he said.

The spokesman said the anti-minorities and anti-farmers moves by the RSS-backed communal government in New Delhi have backfired and the BJP has to face humiliating defeat in the recently held elections in different Indian states. He said that farmers are on the streets in various Indian cities against the anti-farm laws imposed by the BJP government. “The Modi regime faced world criticism for its failure in curbing the spread of coronavirus and leaving thousands of Indian people to die during the ongoing second wave of the pandemic in the country,” he said.

The spokesman warned that the frustrated Modi-led government can go to any extent to ward off the internal and external pressure and it will use its favorite Pakistan-bashing card for the purpose. He said that the international community must be aware of the Modi regime’s nefarious designs that posed serious threat to the peace in the region. Web Desk

India tries to build narrative against Pakistan on false drone...