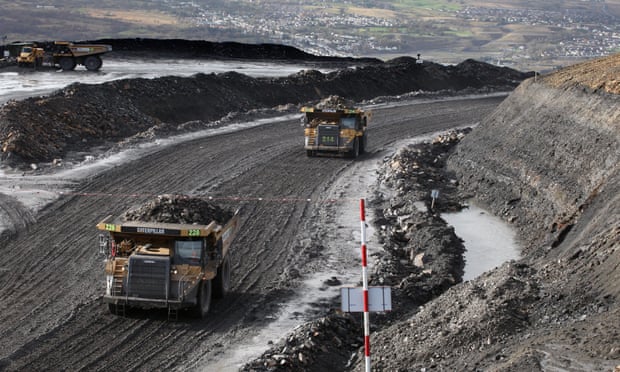 London: Campaigners are hailing the end of opencast coal mining in Britain after a long battle to see off the final applications for new mines in former coal heartlands.

The Banks Group’s decision not to appeal against the rejection of a proposed scheme on the outskirts of Newcastle upon Tyne means England joins Scotland in apparently reaching the end of the road for surface coalmining.

No opencast mines are extracting coal in either country – compared with the nine operating in England alone a decade ago producing nearly 3m tonnes – while two remaining sites in Wales will gradually wind up operations.

Opencast or surface mining is a quarrying technique in which coal seams relatively near the land’s surface (normally under 100 metres in depth) are exposed by the excavation of overlying rock, which is stored nearby as a pit is created. The practice, which is less capital- and labour-intensive than deep mining, began in Britain during the 1940s. As with deep mines, the number of such projects has been declining steadily since the 1960s. Despite this, over the last decade several million tonnes of coal have continued to be extracted each year in the UK through opencast.

But it looks as if opencast mining may have had its day. Plans for a new surface mine at Dewley Hill, near the former colliery village of Throckley, were thrown out by Newcastle city councillors in December. The mine would have extracted 800,000 tonnes of coal and 400,000 tonnes of fire clay at a greenbelt site seven miles west of the city.

The local authority’s unanimous decision, which Banks called “outrageous”, has put a stop to the firm’s ambitions to resurrect coal in the region. It followed two other planning defeats in 2020 at an existing scheme in County Durham and the firm’s most prized target, at Druridge Bay on the Northumberland coast.

Banks had planned to appeal against decision. Gavin Styles, its executive director, said the project was intended to be “a short-term site helping the UK steel, industrial, brick manufacturing and heritage sectors displace higher greenhouse gas-emitting imports, while alternate [sic] low-carbon technology advanced”. But the company has since decided not to appeal.

Styles said: “For all our operations, whether minerals extraction or renewable energy generation, our high environmental operating standards are agreed through considerate consultation with local communities, planning authorities and regulatory bodies. Through our landscaping and restoration work, we provide a long-term legacy of improved habitats and increased biodiversity.”

The tide appears to have turned for this style of mining. “From Staffordshire to Northumberland applications for opencast coalmines have been rejected following strong campaigns by local people, some lasting decades,” said Anne Harris, of the campaign group Coal Action Network.

Since 2008, her organisation has worked with communities in Britain to oppose 33 opencast coal applications, with 23 prevented in that time. The Guardian