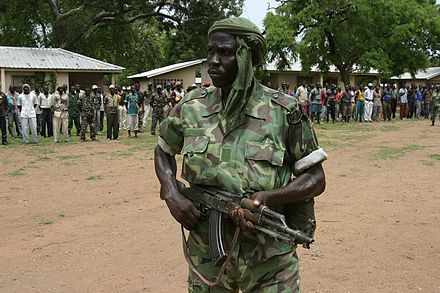 The Minister of National Defence, Brahim Bertégi, explained that the sending of this unit is part of the support to the UN Multidimensional Integrated Stabilisation Mission in the Central African Republic (MINUSCA).

Such actions, he noted, develop capacities and allow for the exchange of expertise between different foreign formations.

According to the minister, the decision to deploy this unit also comes in response to the request made to Tunisia by the UN peacekeeping department to strengthen the Tunisian participation in UN missions, especially after the decision to send an air unit for rapid intervention, aerial accompaniment, search and rescue in the Central African Republic, approved on February 9 by the parliament.

According to the Minister, the main mission of the Light Quick Reaction Force is to intervene to protect civilians against the acts of armed groups and to secure the deployment zone, in particular by setting up checkpoints, delivering human aid and guaranteeing the safety of UN personnel and their equipment.

The LQRF is also responsible for supporting disarmament, demobilisation, reintegration and return operations. It also helps monitor human rights, according to Bertégi.

In his speech, the Minister of Defence referred to the history of the Tunisian army’s participation under the banners of the United Nations and the African Union. Since joining the UN in 1956, Tunisia has mobilised 23 missions in which 10,153 Tunisian soldiers have participated.

The duration of the deployment of the military unit (comprising 180 soldiers) has been set at one year renewable, starting from June 5th 2021.All Africa.com

HR Violations in Indian administered Kashmir from Jan 1989 till...