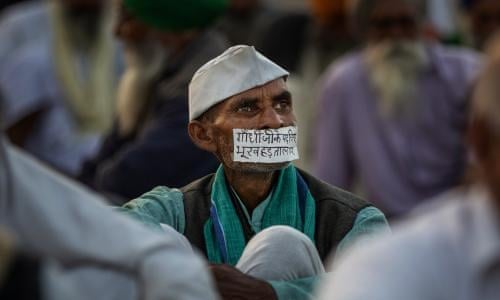 New Delhi: The Samyukt Kisan Morcha (SKM) announced that a group of as many as 200 farmers will protest against the three contentious farm laws of the Bharatiya Janata Party (BJP)-led Union government in front of Parliament every day during the monsoon session, as per a PTI report.

SKM is the umbrella body of more than 40 protesting farmers’ unions and it said during a press conference that two days prior to the beginning of the session, a “chetavani patra” (warning letter) will be given to all the opposition Members of Parliament (MPs) to protest the three agri laws inside the House.

“We will also ask the opposition MPs on July 17 to raise the issue every day inside the House while we will sit outside in protest. We will tell them not to benefit the Centre by walking out of a session. Don’t let the session run till the government addresses the issue,” farmer leader Gurnam Singh Charuni said, as per PTI. Hindustan Times