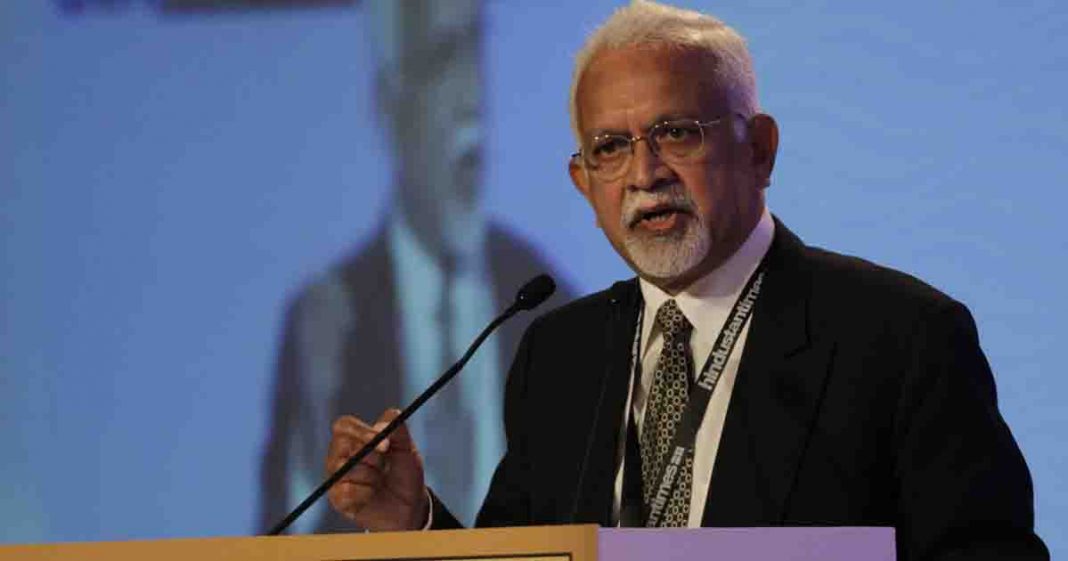 New Delhi: Ex-Indian Ambassador MK Bhadrakumar in an interview talked about how Pakistan’s recent foreign policy and geopolitical approach can endanger Indian standing in the region, as Pakistan follows a more rational approach while India sticks to the good old “Greek game”.

The interviewer said, “You talked about how Pakistan also has an interest in regional stability for its own internal reasons. So could you maybe elaborate a bit on that, because the question of, say, suppose the Taliban gaining more influence, what kind of impact to have on Pakistan’s internal situation has been something that is very key?”

To this, the ambassador gave a detailed answer. He said, “At present, you know, the real tragedy comes when we start believing in our own propaganda, you know, and I can see that in the last five to 10 years an interesting transformation has been going on in Pakistan.”

Acknowledging China’s role in reshaping Pakistan’s international behavior he said, “I give full credit to China, ultimately, they have been instrumental in offering to Pakistan a different future. And, we are unable to understand this, we refuse to understand it rather, because it is not in consonance, with the narrative that we have created, both with regards to China and about Pakistan.” He said that such a narrative is making India sick, adding “it’s preventing India from thinking straight.”

He appreciated that Pakistan has understood that geoeconomics is the crux of the matter, today, in the 21st century, in world politics, but he said that India fails to understand this.

He said India is still dabbling in the old Greek game, maybe referring to “The Thucydides Trap”, in the geopolitical plane.

So, the former ambassador said, “when Pakistan has got this opportunity on a platter from China, they just got every prospect to follow a different path and become a prosperous country, a middle-income country in the near future and a prosperous country with abundant resources which was led astray by Gen Zia Ul Haq.”

“But, you know, a comeback is always possible and is necessary and a lot of responsible people, including I think the military leadership recognizes, so, an adjustment was necessary from our point of view, therefore, in a mental framework towards it, because then we would have understood the potential for, the situation for us,” he said, adding “we failed to do that, but from the Pakistani point of view, they are with India or without India when to go forward.”

Former Ambassador of India said, “look at the signs the cross-border terrorism has virtually ended in Jammu and Kashmir. And if at all, we(India) have a problem, it is the problem which is of our own making, which is the alienation of the people(of occupied Kashmir).

He said that India recently has been increasingly unable to denounce Pakistan as a state sponsoring terrorism.

Commenting on ending Pakistan’s isolationism, he said, “We all speak about multipolarity, but you find that Pakistan has exploited multiple another one of the few countries other than turkey or Iran in our neighborhood, and has been able to operate in this multilateral multipolar medium to extract maximum advantage out of it, for its own national interests.”

He added that even in the Central Asian region, Pakistan has spread a network widely, and they do not look at it as a nuisance or a headache for the regional stability, so from that point of view, one can see that Pakistan’s interests clearly lie in stabilizing the situation.

But now, of course, if Pakistan stabilizer in succeeds on that path(stabilizing Afghanistan) with the other regional states, then India will have a bigger problem, because then what will be the excuse for India the alibi for India for not to discuss Kashmir issue, MK Bhadrakumar said.

He added that Pakistan’s path is very logical, and said that it is going to be extremely dangerous for India.

He said, “If this path of peace succeeds(in Afghanistan, as Pakistan is trying) then it comes to a situation where India really looks like an Israel in South Asia.” So, he said that this is the specter that is haunting India.

So, therefore he said, transformation and the new thinking in Pakistan must be taken very, very seriously (by India) because then the game will slip out of India’s hands.

Regarding the Western countries’ tilt towards India, he said, “even those countries in the West which are quiet about it, because of their warm feelings towards India will have to take a stance and say please talk, but India cannot go on the spot.”

He said that these changing dynamics cannot be talked about within Indian borders, as Indian ruling elites have vested interests in keeping the same narrative about Pakistan, and by extension China.

He lastly commented, “This entire narrative, which we have created will have to be redone. I don’t think the Indian leadership is either willing or capable of addressing it.”

India among countries using Israeli software to spy on journalists,...