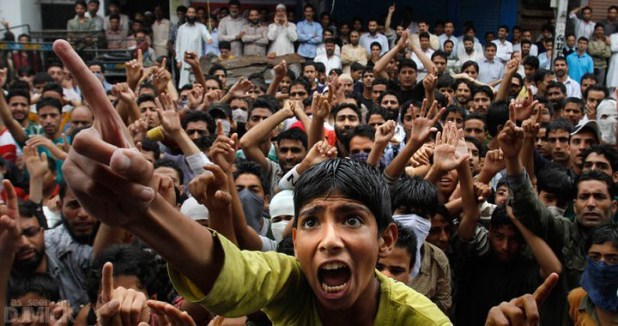 Islamabad: Justice continues to elude struggling Kashmiris even as International Justice Day is being commemorated across globe, today.

The report said Indian troops enjoying impunity under draconian laws are committing grave human rights abuses, in fact, war crimes to suppress the Kashmiris’ just struggle to secure freedom from Indian yoke. It said massacres, custodial killings, enforced disappearances and rape of women by Indian men in uniform are order of the day in IIOJK. It said that justice has not been delivered to the victims of mass killings like Gaw Kadal, Handwara, Sopore and Kupwara massacres and Kunanposhpora mass rape, Shopian double rape and murder case and rape and murder of Kathua minor girl.

The KMS report said the Indian judiciary is biased against the Kashmiris and it never provided justice to them. It said the Indian courts have not punished a single Indian soldier or policeman involved in war crimes in IIOJK. It added that the Indian judiciary without fulfilling the basic requirements of justice sentenced the Kashmiri liberation leaders, Muhammad Maqbool Butt and Muhammad Afzal Guru, just for being Kashmiris.

The report pointed out that thousands of Kashmiris including Hurriyat leaders and activists illegally detained in different jails of IIOJK and India for years are yet to receive justice.

The report pointed out that Modi-led fascist Indian regime has broken all records of committing brutalities and excesses on the Kashmiris. It said that for the Kashmiris, there is no option to give up or surrender before Indian military might.

The report said the world needs to play its role in ending Indian barbarism in IIOJK. Global silence is only emboldening Modi regime to systematically increase its aggression against the Kashmiris, it added. Web Desk