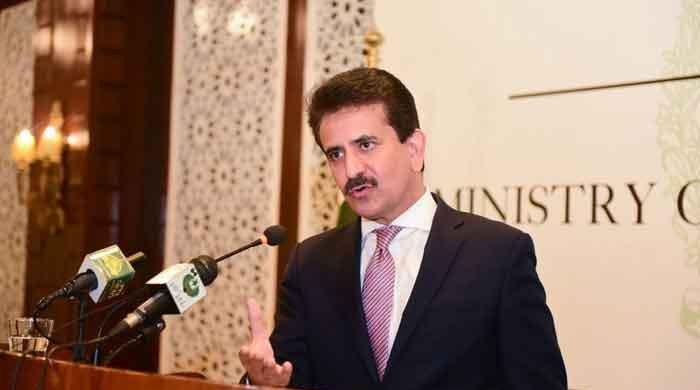 “Indian statement not only exposes its true colors but also vindicates Pakistan’s longstanding stance on India’s negative role in FATF,” said FO Spokesperson Zahid Hafeez Chaudhri after Indian External Affairs Minister S Jaishankar admitted that Pakistan is on the FATF grey list because of the “efforts of Narendra Modi’s government.”.

The spokesperson reminded that Islamabad has always been highlighting India’s role to the international community in the politicisation of the FATF and undermining its processes. It added that the recent statement by the Indian foreign minister was “just a further corroboration of its continued efforts to use an important technical forum for its narrow political designs against Pakistan”.

“While Pakistan has been sincerely and constructively engaged with FATF during the implementation of the action plan, India has left no stone unturned in casting doubts on Pakistan’s progress through disgraceful means,” said the FO spokesperson.

The statement said that Islamabad has been “exposing India’s duplicitous role to the international community in the past” and vowed that it will also bring the “recent confession by India” to the FATF’s notice.

“Pakistan is also considering approaching FATF president for an appropriate action in this matter. Following the recent confession by Indian Government, India’s credentials for assessing Pakistan in FATF as co-chair of the Joint Group or for that matter any other country are subject to questions, which we urge FATF to look into,” said Chaudhri.

The FO spokesperson reiterated that Pakistan’s progress in AML/CFT domain has been “demonstrated through concrete, tangible and verifiable actions” which was also “openly acknowledged” by FATF.

“We are resolved to sustain this momentum and trajectory with the support and cooperation of our international partners. India’s delusions of putting pressure on Pakistan have always remained unfulfilled and would never see the light of day,” said Chaudhri. He also reaffirmed Pakistan’s commitment to the AML/CFT systems.

‘India’s statement confirms what Pakistan has been saying all along’

Federal Energy Minister Hammad Azhar tweeted that Jaishankar’s statement “only confirms what Pakistan has been saying all along”.

“India actively politicises & undermines the technical processes & spirit of FATF,” tweeted Azhar. He added that Pakistan’s “progress is nevertheless undeniable” and vowed that Islamabad “shall soon” complete both its action plans.

‘India made sure Pakistan stays on FATF grey list’

On Sunday, Indian External Affairs Minister S Jaishankar admitted that Pakistan is on the grey list of the FATF because of the “efforts of Narendra Modi’s government.”

According to a report published by The Print, India’s External Affairs Minister S Jaishankar credited the Modi-led government for its “efforts” to ensure that FATF kept Pakistan on the grey list.

The minister issued the statement while addressing BJP leaders’ training programme on the foreign policy of the government via video link, the outlet said.

“FATF as all of you know keep a check on fundings for terrorism and deals with black money supporting terrorism. Due to us, Pakistan is under the lens of FATF and it was kept [on] the grey list. We have been successful in pressurising Pakistan and the fact that Pakistan’s behaviour has changed is because of pressure put by India by various measures. Also terrorists from LeT and Jaish, India’s efforts through UN, have come under sanctions,” Jaishankar reportedly told the leaders, according to The Print. Web Desk