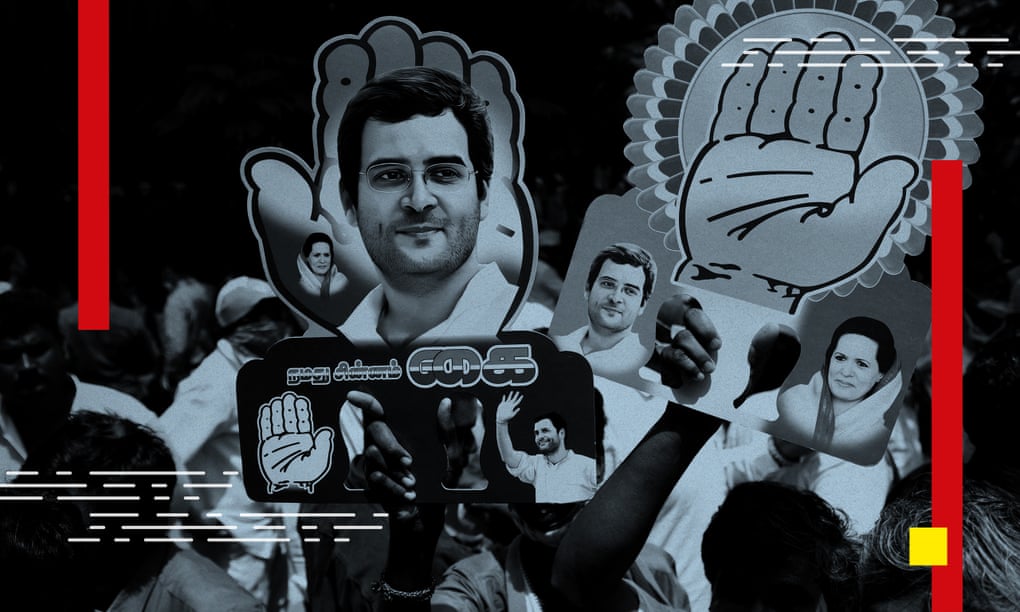 New Delhi: Narendra Modi’s government has been accused of treason and “unforgivable sacrilege” by the political opposition in India following a series of reports by the Pegasus project revealing several journalists, activists and an opposition election strategist had their phone numbers included in a data leak of more than 50,000 numbers that, since 2016, are believed to have been selected as those of persons of interests by government clients of NSO Group.

The stories, published in the Guardian and in partner media outlets around the world on Sunday and Monday, revealed details of hundreds of verified Indian phone numbers that appear in leaked records of numbers.

They include two phone numbers belonging to India’s most prominent political opposition figure, Rahul Gandhi, who led the Congress party to defeat in the 2019 elections. The leaked records show his number was selected as a possible target the year before and in the months after the vote.

It is not possible to say whether a phone in the leaked data was infiltrated or successfully hacked without forensic analysis. But the investigation confirmed infections by NSO Group’s surveillance software Pegasus, or signs of potential targeting, on phones linked to 10 Indian numbers and on an additional 27 phones around the world.

The surveillance software, which India has never confirmed using, is licensed only to national governments. Analysis of the phone numbers selected for possible surveillance by the NSO client in question indicates that it was predominately used to target Indian numbers including those of critics of the Modi government.

In a statement, Congress accused the Modi government of being the “deployer and executor” of a “spying racket”.

“This is clearly treason and total abdication of national security by the Modi government, more so when the foreign company could possibly have access to this data,” said the Congress statement, which labelled Modi’s ruling Bharatiya Janata party (BJP) government as the “Bharatiya Jasoos [spy] party”.

“This is an unforgivable sacrilege and negation of constitutional oath by the home minister and the prime minister,” it added.

Traces of Pegasus – software with the ability to breach a phone, access its contents and turn it into a portable surveillance device – were found on the device of Prashant Kishor, an election strategist who clashed with Modi’s party during a state vote in April. Analysis of his phone showed he had been hacked using Pegasus as recently as the morning of the forensic examination.

Kishor told NDTV on Monday: “We used to suspect snooping but never realised hacking, that too from 2017 to 2021. Although I changed my handset five times, as the evidence suggests, hacking continues.”

Priyanka Gandhi, the general secretary of the Congress and sister to Rahul Gandhi, called the leaks “abhorrent” and an “affront to democracy”.

“If true, the Modi government seems to have launched a grave and sinister attack on the right to privacy – constitutionally guaranteed to Indian citizens as a Fundamental Right,” she said on Twitter.

The Pegasus project leaks prompted multiple denials from high-level figures in the Modi government, who sought to discredit the reports as coming from those with an “anti-India agenda”. The Guardian