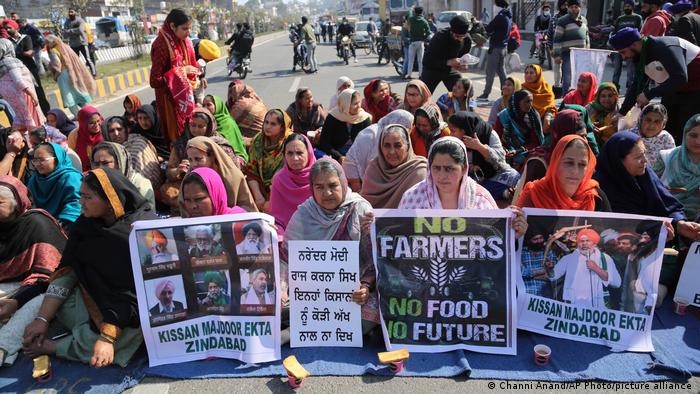 New Delhi: Delhi Police has refused to permit farmers from the Singhu border to hold protests outside the Parliament, and have increased deployment at the capital’s borders, Red Fort, and New Delhi district. Delhi Police PRO Chinmoy Biswal said more than 30,000 police personnel have been deployed across the city for patrolling and duty at pickets.

Earlier, several meetings were held with farm leaders near the Singhu border but there was no “settlement”, police said. While police maintain any protest outside Parliament would violate Covid norms and also be a threat to security, farmers are adamant on staging a sit-in protest outside the House every day from July 22 till the end of the monsoon session.

Police suggested that protests be held at an alternative location, but the farmers did not agree, officials said. Farmers have been protesting against the three farm laws at Delhi’s borders for over eight months now.

A nine-member committee of Samyukt Kisan Morcha met five senior police officers and also discussed the route for the protest. In a note released by the SKM, farm leaders said at least 200 farmers from different states will join the protest at the Parliament. “The list of farmers who will join these protests is being prepared. We also assured them (the police) that the farmers’ movement has no plans of laying siege to the Parliament or forcibly entering it,” reads the note.

Police said they can’t allow 200 farmers to protest near Parliament, and asked them to reduce the numbers, but they refused to alter their plans. A police officer said they will also check ID proofs of protesters.

“We don’t want to repeat what happened on January 26 at Red Fort and have asked farmers to provide names and ID proof. Their leaders will also have to give a letter saying there will be no anti-national elements present,” said the officer.

Harinder Singh Lakhowal, general secretary of Bhartiya Kisan Union (Lakhowal), said, “Our protests will begin from Thursday onwards for all days of the monsoon session. In our meeting with the police, they told us that we need to reduce the number of people and they won’t allow us near the Parliament. We have told them to give us a place outside the Parliament whether it’s Jantar Mantar or another area.”

Police said they can’t allow the farmers at Jantar Mantar.

Delhi Police Commissioner Balaji Srivastava visited the three borders – Singhu, Tikri, and Ghazipur – and interacted with his staff to assess police arrangements ahead of Independence Day. He also inspected arrangements at Red Fort and near Parliament ahead of the farmers’ protest. He directed DCPs to look after the force by making proper arrangements for food, shelter, and roster duty. The Indian Express

PM Imran’s number among those targeted for surveillance by India...