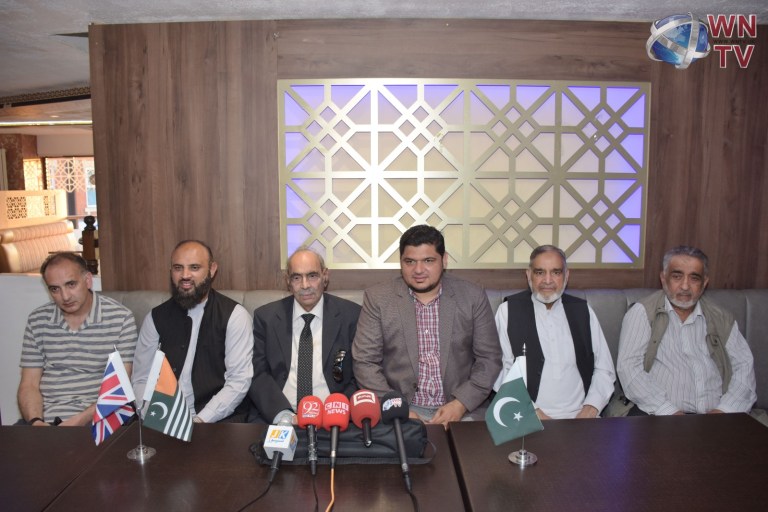 Birmingham: Tehreek-e-Kashmir (TeK) UK and All Jammu and Kashmir Muslim Conference (AJKMC) jointly held a press conference in Birmingham to mark the Accession to Pakistan Day.

The AJKMC passed a resolution on July 19 in 1947, announcing that the Muslim majority Jammu and Kashmir will be part of Pakistan.

President TeK UK, Raja Fahim Kayani, on the occasion said, “Today, we commemorate the historic occasion of Youm-e-Ilhaq-e-Pakistan (accession to Pakistan), when Kashmiris passed the resolution for Accession to Pakistan. We reaffirmed our commitment to the Kashmiri people, and stand with them in their struggle for self-determination.”

The TeK President said, the people of Jammu Kashmir launched the struggle under the spirit of the said resolution for the liberation of their motherland from the yoke of the Dogra rule and later from the unlawful and forcible hold of Indian imperialism. This freedom struggle of Kashmir’s is continuing with full vigour for the last over last 73 years, he maintained.

Fascist Modi accused of treason by opposition over India spyware...

US says it ‘recognises, supports’ Pakistan’s efforts to implement FATF...