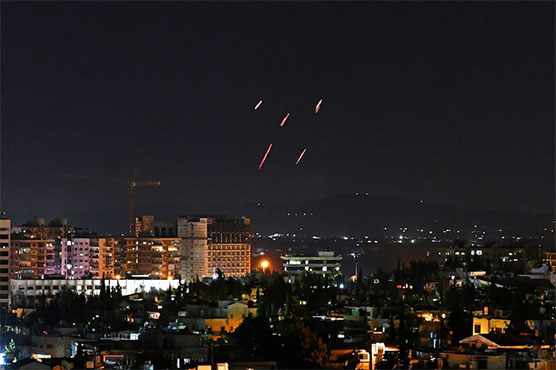 Damascus: Syrian air defences shot down Israeli missile over the northern province of Aleppo state media reported, in an attack that a war monitor said targeted positions of pro-regime groups.

“At around 23:37 on Monday… the Israeli enemy carried out an aerial attack towards southeast Aleppo, targeting positions in the Al-Safira area,” Syrian state news agency SANA cited a military source as saying

“Our air defences intercepted the missiles… shooting down most of them,” it added, saying the extent of damage was still being assessed.

The Britain-based Syrian Observatory for Human Rights said the attack, which came on the eve of the Muslim holiday of Eid Al-Adha, targeted Syrian regime positions containing weapons depots and bases operated by pro-Iran groups. There were no immediate reports of casualties.

Since the outbreak of the Syrian civil war in 2011, Israel has routinely carried out raids in Syria, mostly targeting Iranian and Lebanese Hezbollah forces as well as Syrian government troops.

US says it ‘recognises, supports’ Pakistan’s efforts to implement FATF...