HomeLatest NewsWhat terror are you fighting by spying on Rahul Gandhi?’ — Congress lashes out over Pegasus list
Latest News

What terror are you fighting by spying on Rahul Gandhi?’ — Congress lashes out over Pegasus list 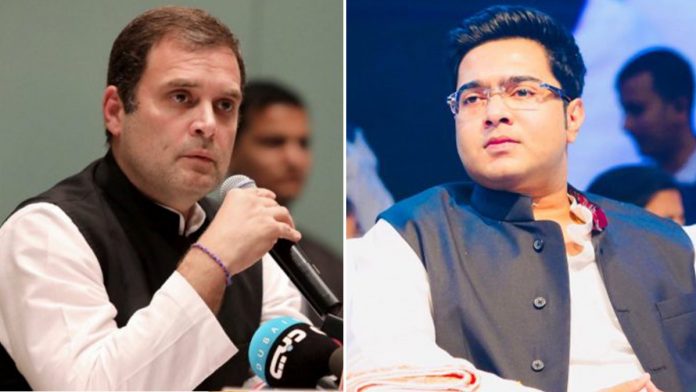 New Delhi: Hours after the publication of the latest list of public figures who were allegedly targeted using the Pegasus spy software, Opposition parties hit out at the Narendra Modi government accusing it of “anti-national” acts and “treason”. Opposition leaders such as Congress’ Rahul Gandhi and Trinamool Congress’ Abhishek Banerjee and political strategist Prashant Kishor are among the 300 people on the list.

“Is spying on Indian journalists, ministers and Opposition leaders, including Rahul Gandhi, through foreign spyware, not treason? Is it not an inexcusable dismantling of national security?” he asked.

He further questioned what purpose the government was serving by allegedly spying on Gandhi.

“What kind of terror and crime are you (PM Modi) fighting by spying on Rahul Gandhi?” Surjewala asked. “Modi government is anti-national and has compromised national security by snooping on Rahul Gandhi and other opposition leaders, journalists and officials,” he said.

At least two mobile phone numbers that were being used by Rahul Gandhi figured among the 300 verified Indian numbers that were listed as potential targets, according to news reports published by a global media consortium. The list also allegedly includes numbers of five friends and acquaintances of Rahul Gandhi.

“Amit Shah sahab should resign and there should be an inquiry into the role of PM Modi in this snooping. This is important in order to uphold the norms of democracy,” Kharge said.

Meanwhile, hit out at the Congress for its attack on the central government and claimed there is not a “shred of evidence” to link either the ruling party or the Modi government with the Pegasus ‘snooping’ controversy. The Print