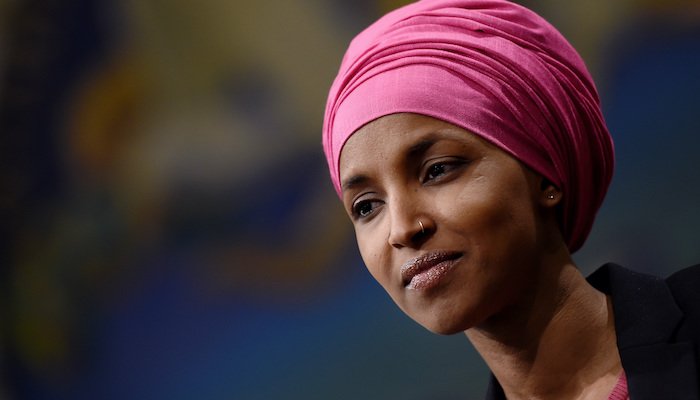 New York: US Congresswoman for Minnesota Ilhan Omar wants US President Joe Biden’s administration to set up a special envoy to combat Islamophobia.

The Democratic Representative is leading a group of Democratic lawmakers in calling on US Secretary of State Antony Blinken to create this envoy as instances of anti-Muslim hate crimes continue to rise worldwide.

In a message on Twitter, Omar said we must “recognise Islamophobia and do all we can” to eradicate it as part of “our commitment to international religious freedom and human rights.”

In a letter addressed to Blinken, the Minnesota lawmaker and 23 other Democrats asked the State Department to create a role that mirrors its solution to combat anti-Semitism, the Daily Mail reported.

“It is past time for the United States to stand firmly in favor of religious freedom for all, and to give the global problem of Islamophobia the attention and prioritization it deserves,” the letter first obtained by CNN reads.

A White House official announced Tuesday that Biden will soon be nominating someone to serve as an ambassador to monitor and combat antisemitism. The group of two dozen Democrats sent their request the same day.

The lawmakers have also requested that Blinken include data on state-sponsored Islamophobic violence in future annual human rights reports.

Omar, one of three Muslims in Congress, is leading the effort along with Illinois Democrat Rep. Jan Schakowsky.

Reps. Karen Bass, Judy Chu and Jim McGovern have also signed on, as well as Rashida Tlaib – the only other Muslim woman to ever serve in Congress. CNN