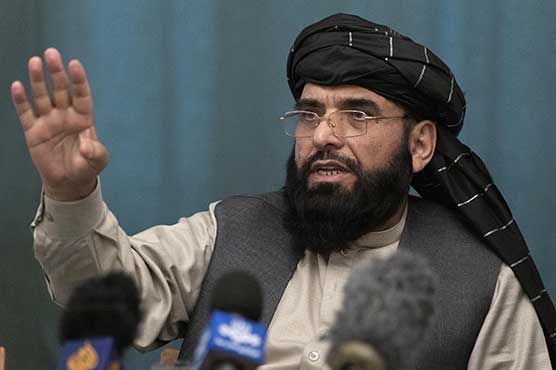 Islamabad: The Taliban say they don’t want to monopolize power, but they insist there won’t be peace in Afghanistan until there is a new negotiated government in Kabul and President Ashraf Ghani is removed.

In an interview with The Associated Press, Taliban spokesman, Suhail Shaheen, who is also a member of the group’s negotiating team, laid out the insurgents’ stance on what should come next in a country on the precipice.

The Taliban have swiftly captured territory in recent weeks, seized strategic border crossings and are threatening a number of provincial capitals, as the last U.S. and NATO soldiers leave Afghanistan. This week, the top U.S. military officer, Gen. Mark Milley, told a Pentagon press conference that the Taliban have “strategic momentum,” and he did not rule out a complete Taliban takeover. But he said it is not inevitable. “I don’t think the end game is yet written,” he said.

Memories of the Taliban’s last time in power some 20 years ago, when they enforced a harsh brand of Islam that denied girls an education and barred women from work, have stoked fears of their return among many. Afghans who can afford it are applying by the thousands for visas to leave Afghanistan, fearing a violent descent into chaos. The U.S.-NATO withdrawal is more than 95% complete and due to be finished by Aug. 31.

Shaheen said the Taliban will lay down their weapons when a negotiated government acceptable to all sides in the conflict is installed in Kabul and Ghani’s government is gone.

“I want to make it clear that we do not believe in the monopoly of power because any governments who (sought) to monopolize power in Afghanistan in the past, were not successful governments,” said Shaheen, apparently including the Taliban’s own five-year rule in that assessment. “So we do not want to repeat that same formula.”

But he was also uncompromising on the continued rule of Ghani, calling him a war monger and accusing him of using his Tuesday speech on the Islamic holy day of Eid-al-Adha to promise an offensive against the Taliban. Shaheen dismissed Ghani’s right to govern, resurrecting allegations of widespread fraud that surrounded Ghani’s 2019 election win. After that vote, both Ghani and his rival Abdullah Abdullah declared themselves president. After a compromise deal, Abdullah is now No. 2 in the government and heads the reconciliation council.

Ghani has often said he will remain in office until new elections can determine the next government. His critics — including ones outside the Taliban — accuse him of seeking only to keep power, causing splits among government supporters.

Last weekend, Abdullah headed a high-level delegation to the Qatari capital Doha for talks with Taliban leaders. It ended with promises of more talks, as well as greater attention to the protection of civilians and infrastructure. AP

Blinken to raise human rights issues with India, says US...