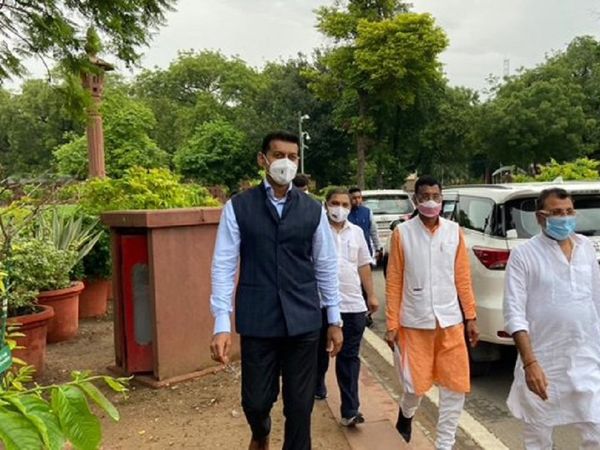 New Delhi: Bharatiya Janata Party (BJP) MPs walked out of a meeting of the parliamentary standing committee on information technology. The committee, headed by Congress leader Shashi Tharoor, was supposed to discuss amendments to the Cinematograph Act. The BJP MPs, however, claimed that the committee cannot meet while parliament is in session.

According to details, hours before the walkout, Indian media reported, the new Union environment and labour minister, Bhupendra Yadav, called an informal meeting of all BJP MPs who are in the IT panel. Erroneously, the newspaper reports, an invitation also went to Communist Party of India (Marxist) MP P.R. Natarajan.

“Around 1 p.m. I got a call from Mr. Yadav’s office, saying that the Minister wants to meet. I was surprised, since I had not sought any appointment with him. I told that to the person who phoned me but he insisted that I come at 2 pm to meet the Minister,” Natarajan said. At 2 pm, when he reached the office, Yadav was surprised to see him. “He asked me are you a member of the IT committee? I said yes, then he asked me which party I was from. When I told him I was from CPI (M), he apologised and said it was a meeting only for the BJP members.”

BJP MPs then said they would boycott the meeting. “The agenda was not circulated to us in advance and also at the time when the session is in place in the Rajya Sabha and the Lok Sabha… that is why we have boycotted the meeting and we are going to the Lok Sabha Speaker,” party leader Nishikant Dubey said, according to Indian media. Dubey said the MPs won’t attend Wednesday’s meeting either, when the panel is supposed to discuss the Pegasus spyware allegations. Officials from the Ministry of Home Affairs, Ministry of Electronics and Information Technology and Department of Telecom have been summoned.

The meeting was held despite the BJP MPs walking out. Actor-politician Kamal Haasan and CBFC chairman Prasoon Joshi spoke to the panel about the Cinematograph Act. Timesnownews.com