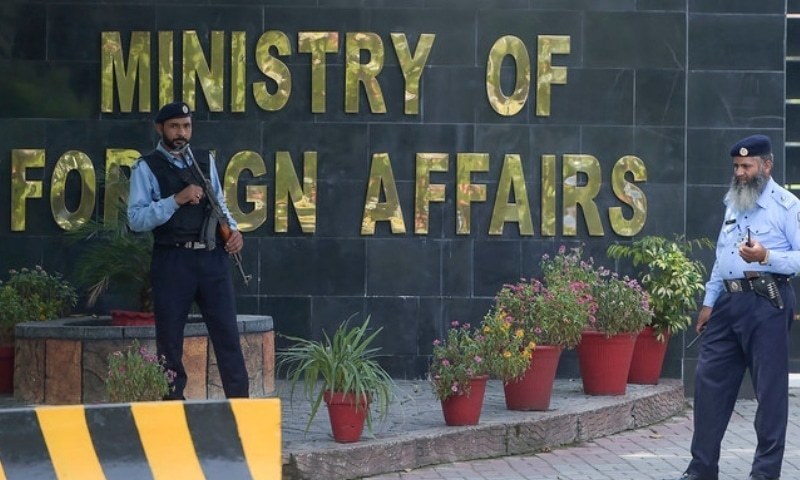 Islamabad: The Foreign Office (FO) has rubbished Indian media’s claims that Pakistan’s Generalised Scheme of Preferences Plus (GSP+) status was being withdrawn, calling such reports “fabricated” and a continuation of New Delhi’s “malicious propaganda” against Islamabad.

While the FO statement did not name the specific media report it was referring to, the rebuttal comes after Indian news agency ANI reported on July 26 that the European Parliament had moved to withdraw Pakistan’s GSP+ status over “abuse of blasphemy laws”.

In response, FO spokesperson Zahid Hafeez Chaudri, in a statement issued late on Tuesday, said that the news item was “fabricated and a continuation of the India’s malicious propaganda against Pakistan”.

“India’s malicious smear campaign against Pakistan is well-known and independent organisations, including EU DisinfoLab, have established India’s credentials as [a] purveyor of anti-Pakistan propaganda globally,” he said.

He said that the Indian state and “obliging” Indian media remained busy “concocting baseless stories against Pakistan” despite the unearthing of India’s disinformation campaign.

“The recent rumours are yet another demonstration of India’s nefarious designs,” he said.

The spokesman said that Pakistan and the European Union maintain close high-level engagement through multiple dialogue mechanisms, adding that the country remains committed to the full implementation of the 27 international conventions related to the preferential trade regime.

“Currently, the European parliament is on summer recess till autumn and there has been no discussion on Pakistan since April,” the FO spokesman concluded. APP