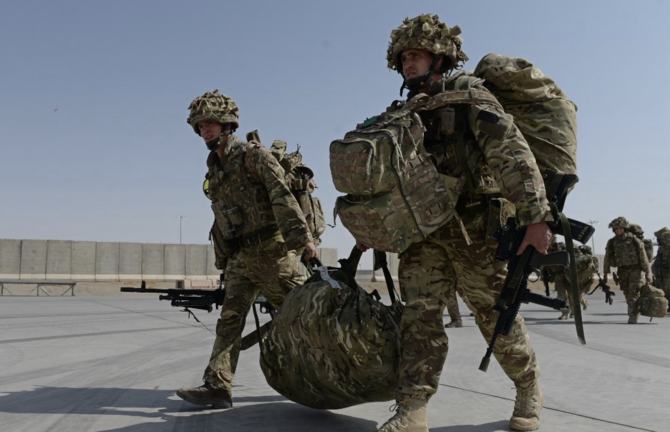 London: Former high-profile British defense figures have urged the expansion of a relocation initiative for Afghan interpreters who supported Britain’s role in the country’s conflict, after it emerged that hundreds were denied the right to live in the UK.

The group raised “grave concerns” in a letter to The Times newspaper that the UK scheme was inadequate in protecting Afghans who risked their lives to help coalition forces in the conflict with the Taliban.

The letter includes the signatures of six former heads of the armed forces, and in total was signed by 45 former military officers and officials.

It urged British Prime Minister Boris Johnson to reconsider the scheme, warning: “It is not being conducted with the required spirit of generosity and urgency.”

The initiative, formally titled the Afghan Relocations and Assistance Policy, was launched this year to urgently relocate Afghans — who previously worked for British forces as interpreters —   to the UK amid a NATO withdrawal from the war-torn country.

In past years, more than 2,200 Afghans and their families arrived in Britain.

But through the letter, the former military figures raised urgent concerns that too many relocation applications had been “unreasonably rejected” by UK officials.

It read: “The UK should be as generous and welcoming as we know it can be. These individuals have stood shoulder to shoulder with us. We must now do the same for them.”

Other campaigners have also joined the campaign in urging the government to update the scheme. The Sulha Alliance, which was founded to promote the relocation of former Afghan interpreters, warned that policy should be “more generous.”

About 450 Afghans who worked for British forces told the alliance that their applications had been formally rejected, Ed Aitken, a former captain and co-founder of the group, said.

One former interpreter who was rejected, Muhammad, 30, warned that “it is only a matter of time before the Taliban find and kill me.”

He said that he was being “left behind to die after being denied sanctuary in the UK.

“I am sure I will suffer the same fate as interpreters before me and be beheaded.”

But despite his warnings, as well as personal recommendations from British commanders, his application has been continuously denied by officials. Arab News

India: Protests holds as result of the ‘Untouchability Wall’ built...