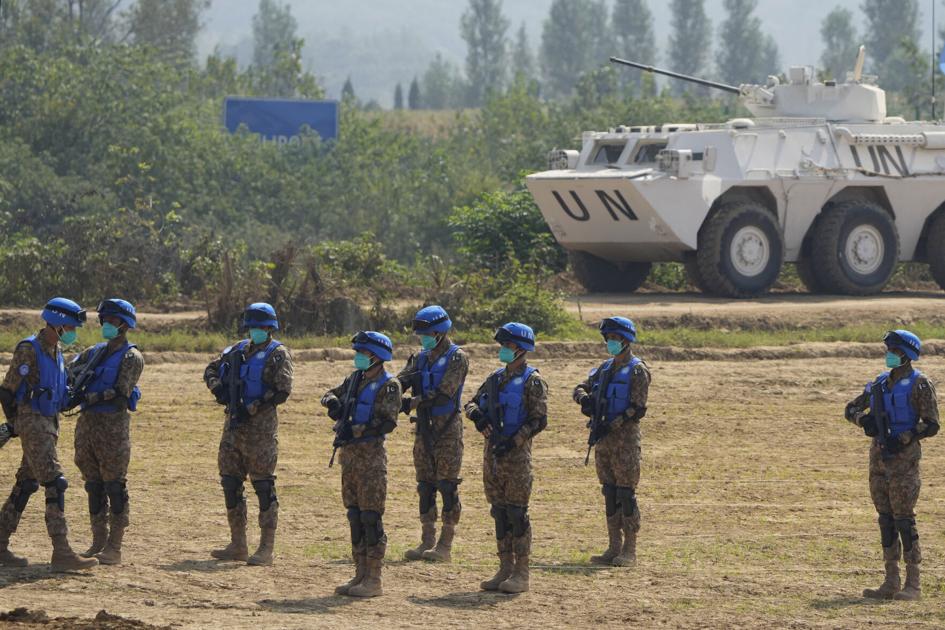 The 10-day training in central Henan was attended by approximately 1,000 troops from China, Mongolia, Pakistan and Thailand.

They practiced the installation of armed escorts, security patrols, the construction of temporary bases, the protection of civilians, and counterterrorism.

China’s weapons, equipment and facilities have been at the forefront through exercises, emphasizing China’s position as the largest contributor to peacekeeping forces among the seven permanent members of the UN Security Council. China has the world’s largest permanent army and is highly capable of challenging the world’s major strategic rivals, the United States.

In one simulated counterterrorism training, a vehicle loaded with explosives was driven towards a UN base while an attacker shot a peacekeeper and threw a Molotov cocktail. The training was based on an attack on a Chinese peacekeeping base in Mali. China currently has approximately 2,500 peacekeepers assigned to eight separate missions.

This exercise marks the 50th anniversary of the People’s Republic’s approval by the United Nations to represent China, resulting in the expulsion of Taiwan.

The training will also take place during a period of long-term tensions between China and India over the conflicting border and uncertainty about Afghanistan’s security after the withdrawal of US and foreign troops from Afghanistan in August.

Among the other participants in the exercise, Pakistan has been a longtime ally of Beijing, and China has recently courted Thailand through investment and military cooperation. Mongolia is sandwiched between China and Russia, and the purchase of natural resources relies heavily on its southern neighbors. AP

US pulls missile defences in Saudi Arabia amid Yemen attacks