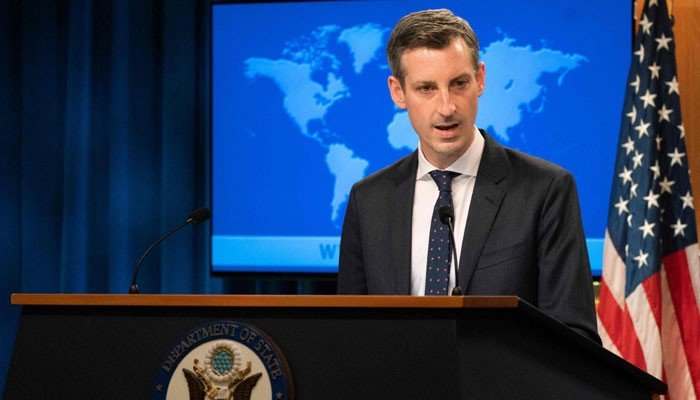 Washington: The US State Department emphasised that Washington’s “productive and constructive relationships” with either India or Pakistan should not “detract from the relationship” it has with the other.

“Look, I think the point we would want to make is that United States has important relationships with India, as I said, but also with Pakistan. These relationships stand on their own in our view,” said US State Department Spokesperson Edward Price in his daily press briefing on Wednesday to a question on Pakistan.

Price clarified that the relationship between the two countries is not a “zero-sum proposition when it comes to US foreign policy”.

Talking about India, the spokesperson said that the US has a “global comprehensive strategic partnership” with New Delhi.

The spokesperson also addressed a question regarding the United States’ stance on Kashmir.

“I think we have said from this room before, as a government, certainly as the State Department, we continue to follow developments in Jammu and Kashmir closely. Our policy when it comes to it has not changed,” said Price while referencing the previous comments on the disputed territory.

The spokesperson was also asked by a journalist whether the US believes that Kashmir was no longer controversial after the revocation of Article 370.

But Price deflected the question and told the journalist that the US has continued to support “direct dialogue between India and Pakistan on Kashmir and other issues of concern”.

He also stated that the US has “continued to call for a reduction of tensions along the Line of Control” and asked both the parties to return to the 2003 ceasefire.

India – Pakistan Ceasefire: What Next?