67 riots, ‘12 killings in 8 years’ — how this Karnataka district became hotbed of Hindu-Muslim hate 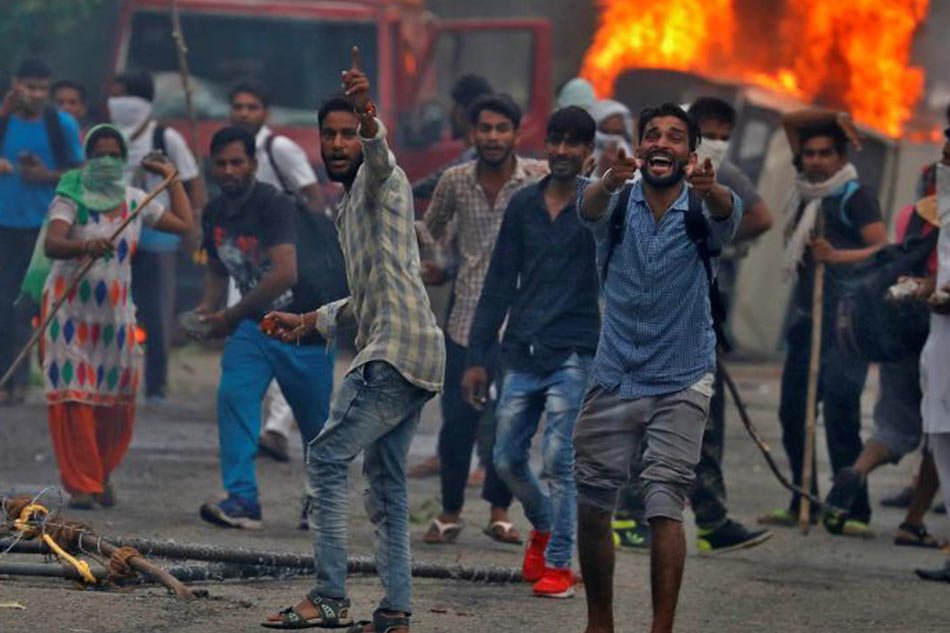 Moodabidri/Bellare/Mangaluru: There was a ban on male pillion riders in coastal Karnataka’s Dakshina Kannada district earlier this week. The idea, perhaps, was that it would leave fewer hands free to kill someone on the streets and make a quick escape. The pillion ban was lifted within hours, but there are still night restrictions in place, and a sense that anything could go wrong at any moment, and that anybody could be a victim, Muslim or Hindu.

Located about 300km west of cosmopolitan Bengaluru, and home to the beach town of Mangaluru, Dakshina Kannada has been wrenched by a spate of communal clashes and a cycle of apparent vengeance killings.

The latest rash of murders — three within eight days — started on 21 July in Bellare town, 80km from Mangaluru, with the death of a Muslim labourer in what police called a ‘freak’ roadside clash. That’s when a cycle of “retaliation” started, according to police.

There is a growing sense of anger, across the religious divide, and even within the Sangh Parivar.

In the 2018 assembly elections, the BJP won 17 out of 19 seats in coastal Karnataka (which includes Dakshina Kannada, Udupi, and Uttara Kannada), but the killings of Hindus — including over the past few years — have caused tempers to fly high against the ruling party and its cadres.

Meanwhile, the Islamic organisation Popular Front of India (PFI) — which has also grown in influence — has cried foul that the BJP government in the state gave “excessive attention” to the murder of the Hindu victim, while ignoring that “two innocent Muslim men” also died.

The build-up to this volatile state of affairs has been a long time in the making, with a pattern of alleged retaliatory crimes becoming far from unusual in Dakshina Kannada.

In January 2018, for instance, an RSS worker called Deepak Rao was knifed to death a few days after a communal clash in Mangaluru. Hours later, in an alleged revenge attack, Basheer, a Muslim trader, was ambushed and killed as he returned from work.

The Karnataka Police state crime record, last published in 2020, states that Dakshina Kannada district saw 67 incidents of rioting that year. Separately, the Mangaluru commissionerate recorded 23 clashes. The official records to not mention the nature of these incidents, but Karnataka Police sources claim that most were communal in nature.

A senior Karnataka Police officer told ThePrint that, over the past seven years or so, over a dozen people have been killed due to “religious hatred” in the region, which has seen a serious of communal flare-ups recently, including a massive controversy over the wearing of the hijab in educational institutes and a campaign to boycott halal meat this year.

According to experts, the violence in the region is watered by communal politics of different hues, but has its roots in socioeconomic tensions dating back decades.

“The spurt of violence that you are seeing now is an example of competitive communalism,” said Muzaffar H. Assadi, professor and chairman of the University of Mysore and a native of Dakshina Kannada. “But the foundation for such hatred and tension dates back to the 1980s.”

But now, more than ever, the rise of Hindutva and Islamist forces, and the political patronage allegedly afforded to them, has resulted in ordinary people — soft targets — getting caught in the crossfire and losing their lives.

When The Print travelled through the district, the religious fault-lines were visible. Even in small forested villages, the demarcations were clear, with flags signalling whether an area was predominantly Muslim or Hindu by their colour — saffron or green.

Moodabidri is a sleepy, serene little town, sometimes referred to as the ‘Jain Kashi’ because of its collection of 18 Jain basadis or temples.

Here, inside the Poojary family’s cheerful-looking pink-walled house with wood-carved doors, the mood is sombre.

In August 2015, the family’s son, a 28-year-old flower seller and Bajrang Dal volunteer called Prashanth Poojary, was brutally stabbed to death by six men in the town’s main chowk. Onlookers, including his father (now deceased), could do nothing to save him.

Today, Prashanth’s mother Yashoda is still waiting for justice, she said. Her son’s murderers, who were allegedly members of the PFI, were granted bail two years after their 2015 arrest. “It’s been seven years and they are still roaming free,” she said.

Witnesses in the case claimed to ThePrint that they regularly received threats, warning them not to appear in court.

One of them, a businessman named Deviprasad Shetty, alleged: “I received threat calls from UAE numbers, mostly before the hearing dates. I reported it to the police and mentioned it before the judge.”

Prashant’s murder is one of the estimated dozen killings that have taken place in the district since 2014, said a police officer who maintains the official data for “communal killings”.

At least seven of the victims were members of Hindu groups, he added. There has been no conviction in any of the cases, and all are in the trial phase.

According to some observers, however, the families of Hindu victims of communal crimes are treated better than their Muslim counterparts.

Vidya Dinker, a political analyst based out of Mangaluru, told ThePrint: “The chief minister visited Praveen Nettaru’s house and handed over a cheque for Rs 25 lakh cheque to his family as compensation. He did not do the same for Masood or Fazil, who are also part of the cycle of hate crime.”

A rift in the Parivar?

The blamegame in the wake of communal killings usually has the BJP (and members of the Sangh Parivar) and Islamic outfits both pointing fingers at each other.

What is different this time, however, is that last month’s killings seem to have created a rift within the Sangh Parivar and BJP as well.

Bharatiya Janata Yuva Morcha (BJYM) member Praveen Nettaru’s killing triggered serious resentment among local BJP workers, who have called their senior leaders’ reaction to the incident “insensitive”. Chief Minister Basavaraj Bommai, who is not from RSS, appears to have irked the Sangh Parivar with his style of handling such communal incidents.

“There are forces that want to create unrest before elections. Young cadres like Prashanth Poojary or Praveen Nettaru were killed because they were defenceless… We expected the government to be more proactive,” he added.

BJP district chief Sudarshan Moodbidri, however, said that while the government cannot provide security to everyone, it is trying to crack down on “jihadi” outfits.

“The fundamentalist jihadi organisations like the PFI are hatching conspiracies against the Hindus. We have to protect ourselves. Chief Minister Bommai has already recommended Praveen’s murder to the NIA [National Investigation Agency]. Once the NIA comes in, we are sure that it would unearth the whole communal and anti-Hindu nexus of the PFI.”

However, opposition parties allege that these incidents are part of the pre-election political planning of the BJP.

‘A conspiracy before elections’

Incendiary politics has always been cited as a factor in alleged retaliation killings, with some claiming that communal sentiments were usually stoked near elections, which are due to take place in Karnataka next year.

“Before the 2018 assembly election, the BJP said there had been 23 killings of Hindus in the region between 2013 and 2018,” said Ramalinga Reddy, working president of the Karnataka Pradesh Congress Committee (KPCC) and the state’s former home minister.

“We investigated every case and found that only eight cases were political-communal in nature, while other cases were the results of personal rivalries and issues. We published the police reports too. The BJP, however, did not mention that there were 16 cases of Muslim killings too. In Dakshina Kannada-Mangalore, there were at least 15 to 16 killings between 2014 and 2018, and around seven of them were Muslims,” he added.

Ashraf, senior Congress leader and the president of the Dakshina Kannada United Muslim Organisation, said that the Bommai government has alienated Muslims in the region. Like Dinker, he, too, pointed out that government compensation had been announced only for Nettaru and not the Muslim victims.

“Every time before the assembly elections, they (BJP-RSS) hatch some conspiracy and a few innocent people die, irrespective of whether they are Hindu and Muslim,” Ashraf, who is also the former mayor of Mangaluru city, added.

Elyas Muhammad Thumbe, national general secretary of the Social Democratic Party of India (SDPI), the political arm of the PFI, also blamed the government and the “failed” law-and-order system.

“Dozens of young Muslims were killed in the district in retaliation. So many senior Muslim leaders of Congress, who held positions in panchayat or civic bodies were killed inside their offices during the 1990s here. The retaliation from the Muslim side started after they did not get any redressal,” he alleged.

“The police and administration never reach out to us. The Congress also never openly supported Muslims as they knew they would lose votes in the region. And eventually, they lost too. So, what would Muslims do?” he said

About the calls to ban the SDPI, Thumbe said that the party had done nothing to warrant such a step. “[The BJP] did not ban us because they cannot ban us. They cannot prove anything. We believe in the judiciary.”

Why is Dakshina Kannada such a powder keg?

With a population comprising 66 per cent Hindus, 22 per cent Muslims, and around 9 per cent Christians, Dakshina Kannada has been a hotspot of communal tensions for decades.

Professor Muzaffar H. Assadi, who specialises in political sociology, said he believes the conflict between Hindus and Muslims is based in a period of upheaval dating back to the 1980s, when land reforms led to more OBCs getting land ownership. As the socioeconomic demographics changed, hostilities between the communities grew over time, he said.

“[The Hindu OBCs] got their land rights, but were still fighting for their social identities. With some money, they started trading in the fish, meat and other food-related markets, which used to be dominated by Muslims. Over a period, both communities started getting money from Gulf countries and a battle line was drawn. With political patronage, and rise of Hindutva and Islamist forces, the exhibitionary killings started to show strength,” he added.

Sandeep Shastri, political scientist and national coordinator for Lokniti (Centre for the Study of Developing Societies), said that communal killings are not new in the region.

“In 1983, when the BJP got 18 seats in Karnataka within three years of its inception, a bulk number of seats came from Dakshina Kannada. The saffron forces have always been strong here, and as a reaction to that the Islamic organisations also started building up. This region has a history of such communal killings and that started in the 1980s,” said Shastri, who has worked in the region and written several books on Karnataka politics.

According to him, the region’s “demographic divide” is significantly different from other places in Karnataka. “It has Hindus as majority but Muslims and Christians have a substantial population,” he said.

“This district used to be part of Madras presidency, and the literacy rate was very high. And then there was aspiration. The remittance from the Gulf countries is very high — and it is not for a specific community but for all. Both sides have financial and institutional support, and both want to make their presence felt,” Shastri said. The Print 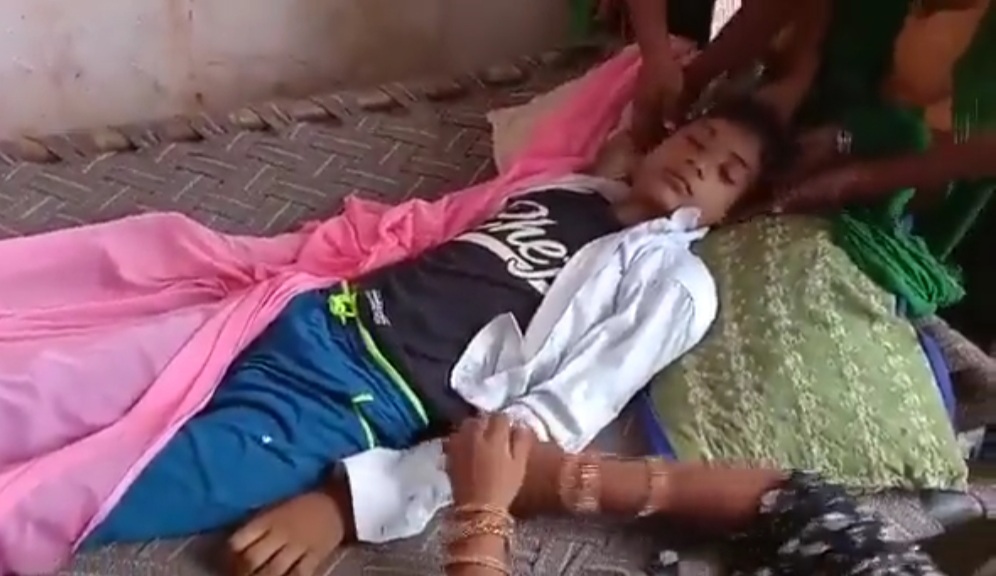 Muslim youth beaten to death by Hindu teachers in India