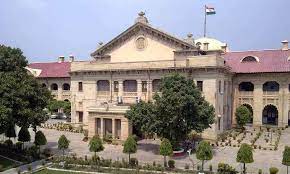 Prayagraj: The Allahabad High Court in the Indian state of Uttar Pradesh has denied bail to 34 constables of the Pradeshik Armed Constabulary accused of killing 10 Sikhs in an alleged fake encounter in 1991.

The bench of Justices Ramesh Sinha and Brij Raj Singh said the accused indulged in an inhuman killing of innocent persons, calling them terrorists.

It listed the criminal appeal of accused challenging their conviction for a final hearing on July 25. Denying bail to 34 cops, the court clarified that the observations made by it were only to decide the question of grant of bail and should not be treated as an expression of opinion on the merits of the case.

On July 12, 1991, a bus, carrying passengers, was stopped near Pilibhit by a team of the Indian police in UP state. They brought down 10-11 Sikhs from the bus and boarded them in their vehicle. The cops left the bus at a gurdwara in Pilibhit that night. The 10 Sikh youths, who were taken away, were killed by the police. Web Desk