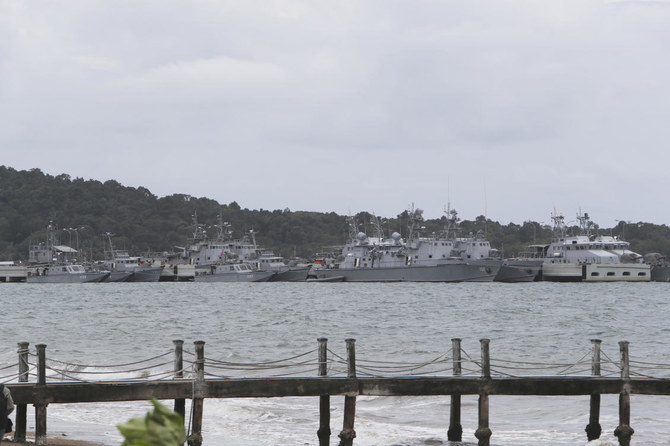 Phnom Penh: Cambodia and Beijing on Tuesday denied a report that they are building a secret naval facility for the Chinese fleet, as Australia’s new prime minister voiced concern and called for transparency.

The Washington Post, citing unnamed Western officials, said a new facility at Cambodia’s Ream base — strategically located on the Gulf of Thailand — was being built for the “exclusive” use of the Chinese navy.

The base has been a running sore spot in US-Cambodian relations for years, with Washington long suspecting it is being converted for use by China as it seeks to buttress its international influence with a network of military outposts.

Phnom Penh rejected the report, saying the base’s development was “not a secret.”

“Cambodia won’t allow the Chinese military to use it exclusively or to develop the site as its military base,” government spokesman Phay Siphan told AFP.

The Cambodian defense minister and China’s ambassador will be attending a ground-breaking ceremony Wednesday for new facilities at Ream, including a boat repair shop and a pier.

But Australia’s new Prime Minister Anthony Albanese, in Indonesia for a visit to shore up diplomatic ties to counter growing Chinese assertiveness in the region, labelled the reports “concerning.”

“We encourage Beijing to be transparent about its intent and to ensure that its activities support regional security and stability,” he told reporters, saying Cambodia had assured Canberra that no foreign military would be given exclusive access to the Ream base.

Australia has grown increasingly worried about Beijing’s growing influence in the Pacific region.

A leaked draft of a Soloman Islands-China pact in April raised concerns that it would allow Chinese naval deployments to the Pacific island nation — less than 2,000 kilometers (1,200 miles) from Australia.

Prime Minister Hun Sen has repeatedly insisted the work is nothing more than modernizing the base with a new boat maintenance facility developed with Chinese aid.

“Cambodia doesn’t need the presence of a foreign military on its territory,” he said in a speech last month.

China also denied that the base would be solely for their navy’s use.

“The transformation of Ream Naval Base is only to strengthen Cambodian naval forces’ capabilities to uphold maritime territorial sovereignty and crack down on sea crimes,” foreign ministry spokesman Zhao Lijian told reporters in Beijing Tuesday.

He added that Washington’s criticisms were “malicious conjectures to attack and smear” Cambodia.

Concerns about the base go back as far as 2019, when the Wall Street Journal reported a secret draft deal allowing Beijing to dock warships there.

Cambodia has since dismantled facilities at the base that were built partly with American money and played host to US exercises. Arab News