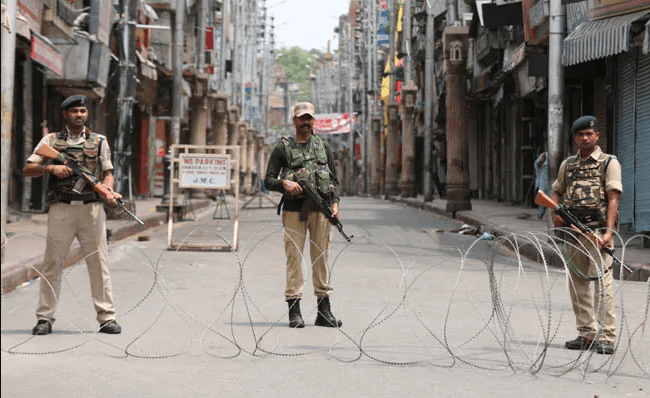 According to a report since 05 August 2019, IIOJK had been under unprecedented military siege imposed by Modi regime which revoked the special status of the territory on that day.

It pointed out that Indian troops in their unabated acts of state terrorism martyred 308 innocent Kashmiris including 7 women during the last 18 months. It said that 1,701 persons were injured due to the use of brute force on the peaceful protesters across the occupied territory while 14,491 were arrested during the period. It added that the troops molested 103 women and destroyed 993 residential houses and other structures in the last 18 months.

The report maintained that the so-called cordon and operations being carried out by Indian troops on a daily basis have added to the miseries of the Kashmiris. It said that India’s August 5, 2019 illegal actions were aimed at snatching the Kashmiris’ identity and dignity.

“Kashmiri people’s cry for right to self-determination cannot be silenced through unrelenting military siege. New Delhi is violating international laws by depriving Kashmiris of all basic rights,” it added.

The report said Modi’s brutal actions will fail to subdue the Kashmiri people’s resolve to continue their struggle for securing freedom from Indian occupation. “Indian military siege of IIOJK is a challenge to the world community, which must not remain indifferent to what is happening in the territory. It must press India to give the Kashmiris their right to self-determination,” it added.