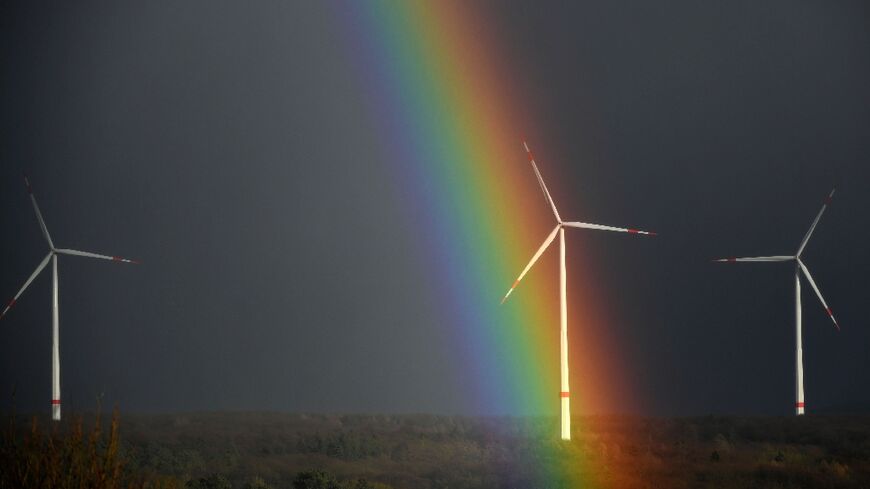 New York: A barrage of global crises must not deflect attention from urgent climate action, the UN’s climate chief warned, as negotiators from nearly 200 nations began talks in Germany against the backdrop of Russia’s invasion of Ukraine.

The conference will set the stage for a fresh round of major United Nations talks later this year in Egypt, as climate-driven weather extremes are increasingly felt across the planet.

But nations also face a formidable collection of inter-related challenges, including the Ukraine conflict, energy, food and economic crises, as well as the continued impact of the Covid pandemic.

Issuing a call for international unity to hold firm, outgoing UN climate change chief Patricia Espinosa told delegates not to lose focus or give up hope.

It was “not acceptable to say that we are in challenging times”, she argued.

“We must understand that climate change is moving exponentially,” she said, opening the June 6 to 16 meeting.

“We can no longer afford to make just incremental progress. We must move these negotiations along more quickly. The world expects it.”

Governments have already accepted that climate change is a grave threat to humanity and the planet, and have advocated immediate action to cut fossil fuel emissions and prepare for the growing impacts of warming.

The summary to this year’s landmark climate report from the Intergovernmental Panel on Climate Change concluded that any further delay in action “will miss a brief and rapidly closing window of opportunity to secure a liveable and sustainable future for all”.

But as things stand, the world is unlikely to be able to meet the Paris climate deal’s commitment to limit warming “well below” two degrees Celsius above pre-industrial levels, and preferably 1.5C.

“There is this disconnect between the scientific evidence of global crisis in the making, of potentially rushing towards unmanageable climate impacts, versus the lack of action,” Johan Rockstrom, director of the Potsdam Institute for Climate Impact Research, told AFP.

While the conference in the German city of Bonn is largely aimed at preparing for the UN COP27 meeting in Sharm el-Sheikh in November, a number of key issues are up for debate.

Among them is a push for countries to speed up their timetable for updating their carbon-cutting plans, to close the gap between warming targets and emissions-cutting action.

In May, an analysis from non-profit groups found that countries in the G20 group of major economies had yet to strengthen greenhouse gas reduction goals, despite agreeing to revisit their plans.

Funding from rich polluters to help vulnerable developing nations least responsible for global heating will also be particularly in focus.

A promise of $100 billion a year from 2020 to help them adapt to a warming world has still not been met.

Meanwhile, there are growing calls for “loss and damage” funding for countries already struck by devastating climate impacts.

“The inability to reduce emissions and ensure adequate adaptation funding is leading to increasing losses and damage in our countries, and we are the ones paying the price,” said Madeleine Diouf Sarr, chair of the Least Developed Countries group.

Espinosa expressed concern that money to help green the economies of developing nations could shift away as a result of the war in Ukraine, which has roiled energy markets and raised the spectre of a global food crisis as wheat prices soar.

Fears of a food crisis have intensified in recent weeks, with India moving to ban wheat exports after the hottest March and April on record — blamed largely on climate change — hit harvests.

Countries with exposure to Russian fossil fuels — particularly in Europe — have also scrambled to shore up energy supplies.

The US, criticised over plans to resume oil and gas drilling, on Monday said it would invoke a key power to compel domestic manufacture of clean energy technology and suspend some solar tariffs to try and boost renewable capacity and tackle climate change.

Espinosa told reporters that the “very difficult situation” caused by the war only adds to the “urgency of addressing climate change”.

She urged nations to prepare to arrive in Egypt able to demonstrate progress since the 2021 COP26 climate summit in Glasgow.

Countries made a raft of promises on the sidelines of last year’s meeting — to curb deforestation and methane leaks, for example.

If honoured in full they could, along with official carbon-cutting commitments under the Paris deal, theoretically cap global warming under 2C, research suggests.

But that means the focus at this year’s meetings needs to be on “accountability”, said Rockstrom.

“We are now in the delivery phase”. AFP

US military aircraft with 5 onboard crashes in California