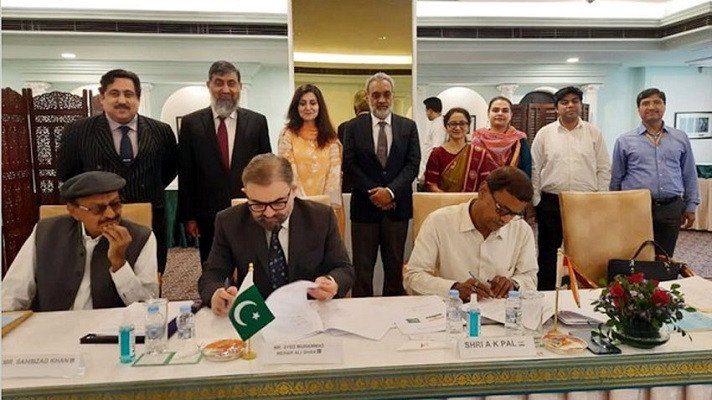 Islamabad: India expressed its willingness to discuss Pakistan’s outstanding objections on hydroelectric projects on the western rivers as both sides concluded the meeting of the Permanent Indus Commission (PIC) in New Delhi.

Under the provision of the 1960 World Bank-brokered Indus Waters Treaty, the two sides meet alternatively in Pakistan and India annually. However, this year the meeting in New Delhi was followed by an earlier visit by the India Indus Commission to Islamabad in March.

The Permanent Indus Commission continues to meet regularly except during the Covid-19 pandemic despite otherwise simmering tensions between the two countries.

“The 118th meeting of the Pakistan-India Permanent Indus Commission (PIC) was held in New Delhi from  May 30-31, 2022,” said a joint statement issued after the latest meeting.

A wide range of water-related issues between Pakistan and India were discussed, including advance sharing of the flood information, the programme of tours/inspections and signing of the report of the Permanent Indus Commission for the year ending March 31, 2022.

Pakistan also highlighted its objections to India’s hydroelectric projects on the western rivers. Responding to Pakistan’s objections on the Indian projects, including Pakal Dul was also sought. The Indian side was also urged to communicate flood flow information in advance as per the provisions of the treaty and the practice in vogue since 1989 until 2018.

The Indian assured the Pakistani side of arranging tours/inspections after the coming flood season. The Indian side also assured that Pakistan’s outstanding objections would be discussed in the next meeting, as the Indian side is still in the process of examining the details.

Both the sides reiterated their commitment to implement the Indus Waters Treaty in its true spirit and expressed the hope that the next meeting of the commission would be held at an early date in Pakistan.

The 1960 Indus Water Treaty has survived different phases of tensions and wars between Pakistan and India.

World’s ‘most neglected’ refugee crises all in Africa: Norwegian Refugees...