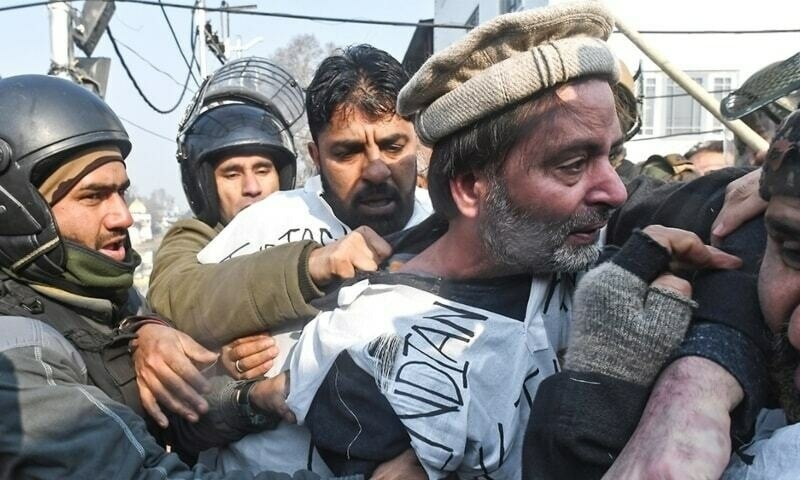 Malik, head of the Jammu and Kashmir Liberation Front (JKLF), earlier told a special court designated for the National Investigation Agency that he had been following Gandhian principles and non-violent politics after giving up arms in the 1990s.

Malik was convicted on May 19 and was charged with ‘terrorist acts’, illegally raising funds, being a member of a ‘terrorist’ organisation and criminal conspiracy and sedition.

PM Shehbaz called it a “black day” for the Indian justice system and said the life imprisonment for a valiant freedom fighter will provide fresh impetus to Kashmiris’ right to self-determination.

“Such oppressive tactics cannot dampen the spirit of [the] people of Kashmir in their just struggle against illegal Indian occupation. We stand with them in quest for self-determination as per United Nations Security Council resolutions,” he said.

The Senate had also passed a resolution urging the international community to force India to drop all fabricated charges against all political leaders of occupied Kashmir, including Malik, and ensure their safety and well-being.

The JKLF was one of the first armed freedom fighting groups to come into existence in occupied Kashmir. It supported an independent and united Kashmir. Led by Malik, the group gave up armed resistance in 1994.

A resistance movement broke out in occupied Kashmir in 1989 with fighters demanding an independent Kashmir or its merger with Pakistan. India accuses Pakistan of arming and training rebel groups to fight Indian forces, an allegation Pakistan vehemently opposes and denies. Islamabad says it provides only moral and diplomatic support to insurgents. APP

Akal Takht jathedar says every Sikh should possess a licensed...