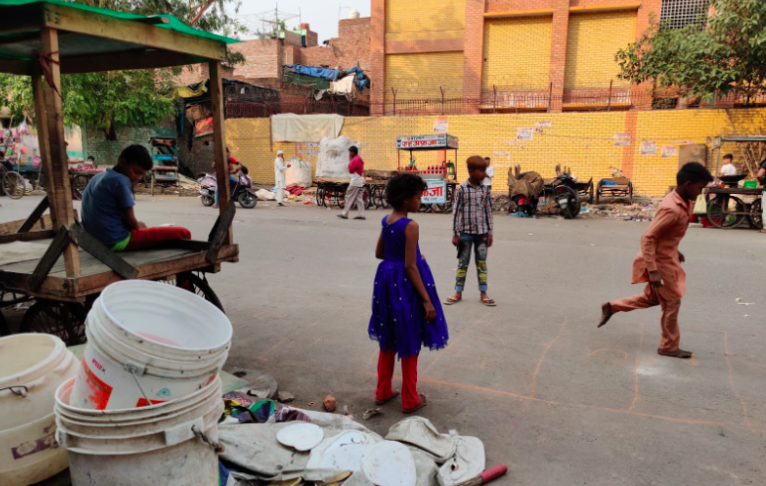 New Delhi: A number of Muslim residents of Jahangirpuri, which was witness to communal violence during a Hanuman Jayanti procession and a demolition drive afterwards, allege that they have had to face police harassment since the riots took place.

Locals of the area where demolitions took place, C Block, say that young men are often hauled up by police. While some of them had been involved in petty crimes before – residents allege that police have been hauling them up in a manner not justifying the degree of their crimes.

As men of the allegedly area move out, primarily out of fear of police action, women have alleged that they are being harassed by the police too. Minors, too, are being picked up, say locals.

Jahangirpuri’s Bano* tells The Wire that her brother was detained on May 20. “He was having lunch when some police officials from Jahangirpuri police station picked him up and took him to the station without any explanation,” she says. The family claims that he was taken to the station over charges of theft. But in an order issued by the Rohini court on May 24, Bano’s brother is named in a case pertaining to the Hanuman Jayanti violence.

Bano says she lives in a state of constant fear and that even her daughter was allegedly threatened by police.

“My husband and sons have left the city in a bid to avoid wrongful incarcerations. They weren’t even here when the [Hanuman Jayanti] violence happened. But the police came knocking at our door, asking us to ‘surrender’ them. They threatened my young daughter and said that she will be ‘picked up’ if we do not tell them the whereabouts of my sons,” she says.

“We all know that they are picking up Muslim men and putting their names in the case, alleging violence,” she adds.

“Men are picked up almost every day. This has created a chaotic and fearful environment. Almost all of them are innocent. My worst fear is that these young kids, barely in their teens, are being taken into custody and being beaten up. Under the garb of smaller offences this atmosphere of a full blown crackdown is being created,” Akhlaq says.

“We are never fully free, we are constantly being watched and surveilled – from what we are eating and where we are going to the toilet, they are monitoring everything. We have become prisoners in our own homes,” he adds.  The Wire