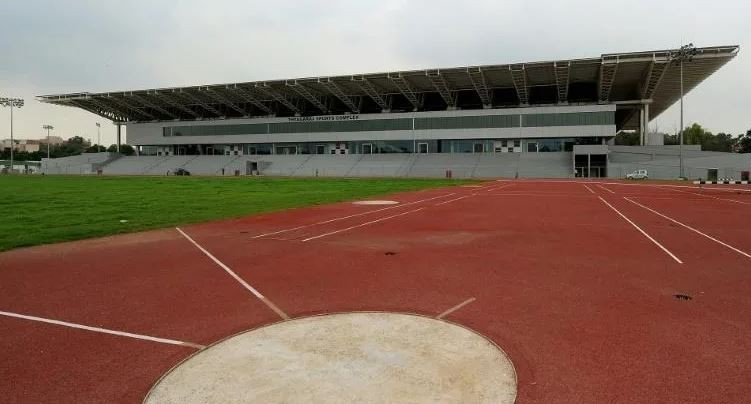 New Delhi: A top Indian civil servant and his wife were transferred to opposite ends of the country after reports he had a sports stadium shut early every evening so he could walk his dog.

Sanjeev Khirwar, a senior bureaucrat in the Delhi state government’s revenue department, was ordered to move to Ladakh in the far north, while his wife — also a civil servant — was sent to Arunachal Pradesh in the remote northeast.

The order from the home ministry came after a social media furore triggered by a report by The Indian Express saying that athletes and coaches at the Thyagraj Stadium in the Indian capital — built for the 2010 Commonwealth Games — had to clear out by early evening so Khirwar could walk his dog.

The couple’s new assignments are both renowned for their natural beauty and offer ample dog-walking opportunities, internet wags were quick to point out.

“On the brighter side — wherever the dog goes — Ladakh or Arunachal — it’ll have plenty of space to move around and walk… without having to shut down a stadium,” said one poster.

The Indian Express published a photo of what it said was Khirwar, a woman and a dog on the running track and quoted an unnamed coach as saying: “We used to train till 8-8:30 pm under lights earlier.

“But now we are asked to leave the ground by 7:00 pm so that the officer can walk his dog on the ground. Our training and practice routine has been disrupted.”

Stories of Indian officials abusing their positions for personal gain regularly provoke public anger in the world’s second-most populous country, and the paper quoted the parent of one trainee athlete at the stadium, which is used by national and state athletes and footballers, describing the situation as “unacceptable”.

“(Can) you justify using a state-owned stadium to walk your dog? This is gross misuse of power,” said the unnamed parent.

Khirwar confirmed to the paper that he walks his dog in the stadium but denied that others had been told to leave on his account.

“I would never ask an athlete to leave the stadium that belongs to them,” it quoted him as saying. “Even if I visit, I go after the stadium is supposed to close.”

The transfer order released by the home ministry said it applied “with immediate effect”.

Earlier Delhi’s deputy chief minister said authorities had ordered all sports facilities to remain open for athletes’ use until 10:00 pm.

The government spent several billion dollars on new facilities for the graft-riddled 2010 Commonwealth Games, which remain the biggest sporting event that India has hosted.

Most the venues are still in operation — some occasionally used for other events such as political rallies or concerts — and the government has had to spend large sums on their upkeep. AFP