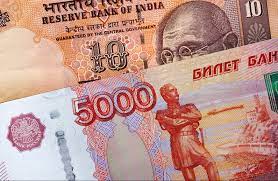 New Delhi: Russia’s Sberbank has yet to process the first payment from Indian Potash Ltd (IPL) under a deal set up before the Ukraine war to enable IPL to pay for Belarusian potash using rupees rather than dollars, according to a letter seen by Reuters and two sources familiar with the issue.

The faltering pre-war payment deal bodes ill for India’s plan to create rupee-rouble trade mechanisms that can bypass dollar and euro payments to avoid US and Western sanctions imposed after Moscow’s Feb. 24 invasion of Ukraine.

IPL set up a rupee account with Sberbank’s New Delhi branch in early February at the request of Belarusian Potash Company (BPC), as Belarus faced steadily tougher US sanctions since a 2020 election Washington called fraudulent. Minsk disputes this.

State-owned BPC was targeted by US sanctions in December.

IPL made its first payment of 1.77 billion Indian rupees ($23 million) to the Sberbank branch in India after setting up an account, according to an IPL letter addressed to the chief executive of Sberbank in India, Ivan Nosov, and seen by Reuters.

The letter, dated May 23, said only a “negligible” amount of rupees had been converted to roubles to pay BPC and said IPL could not wait indefinitely for the transaction to be processed.

It said that, if the bank confirmed it could not complete the transaction, “we are afraid, we will call back our funds.” IPL said in the letter it wanted a response from the Russian bank within two days of the letter being sent.

“But Sberbank has not yet responded,” one of the sources, speaking to Reuters on condition of anonymity, said on Monday.

Sberbank declined to comment. IPL and India’s finance and fertiliser ministries did not respond to Reuters requests for comment. BPC was not immediately available for comment.

The second source said sanctions imposed on Russia after its invasion of Ukraine had hindered processing of the IPL payment. “That made it difficult to settle payment in roubles as Russian banks were barred from using SWIFT mechanism,” the source said. India has bought 34 million barrels of discounted Russian oil since Ukraine invasion. Reuters