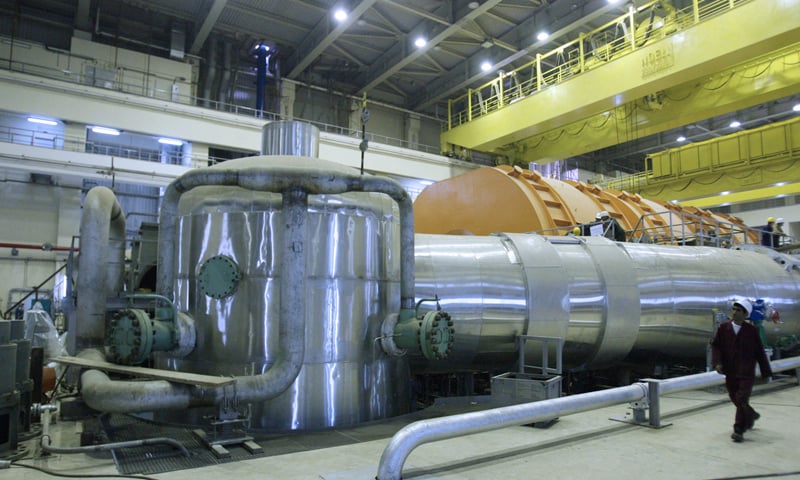 The move was announced after a resolution submitted by Britain, France, Germany and the United States to the International Atomic Energy Agency (IAEA) to censure Iran, the first since June 2020 when a similar motion was adopted.

Iran said the disconnected cameras had been operating beyond the safeguard agreement between Tehran and the IAEA.

“As of today, the relevant authorities have been instructed to cut off the On-Line Enrichment Monitor (OLEM) and the flow metre cameras of the agency,” Iran’s nuclear organisation said in statement. These cameras were operating as a “goodwill gesture” which was not “appreciated” by the IAEA, but considered an “obligation”, it added.

While the statement did not specify how many cameras were turned off, it said “more than 80 percent of the agency’s existing cameras are operating according to the safeguard agreement, and will continue to operate just as before”.

Behrouz Kamalvandi, the spokesman for Iran’s nuclear organisation, “monitored the shutdown of two IAEA cameras at a nuclear facility”, the statement added.

Iran’s actions followed a joint statement to the IAEA by Britain, France and Germany, in which they said they “strongly urge Iran to stop escalating its nuclear programme and to urgently conclude (the) deal that is on the table”.

The motion is seen as a sign of growing Western impatience with Iran after talks on reviving the 2015 deal stalled in March.

“These fake documents seek to maintain maximum pressure” on Tehran, he added, referring to the crippling economic sanctions reimposed by Washington

when then president Donald Trump abandoned a nuclear deal between Iran and major powers in 2018.

“This recent move by three European countries and the US by presenting a draft resolution against Iran is a political one,” Eslami said, adding that “Iran has had maximum cooperation with the IAEA”.

The trigger for the latest Western condemnation was a report issued by the IAEA late last month, in which it said it still has questions about traces of enriched uranium previously found at three sites, which Tehran had not declared as having hosted nuclear activities. AFP