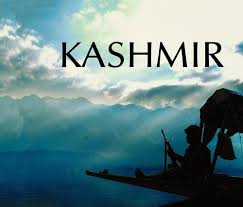 Srinagar: The All Parties Hurriyat Conference and other Hurriyat leaders and organizations have said that permanent peace in South Asia is not possible without a just settlement of the Kashmir dispute.

They welcomed the announcement made by Pakistan and India to strictly observe all agreements, understandings and cease firing along the Line of Control and all other sectors.

The APHC at an emergency meeting of its Majlis Shoora chaired by Working Vice Chairman, Ghulam Ahmed Gulzar, in Srinagar today, deliberated upon the fresh developments with regard to the Kashmir dispute both at regional and international level. The meeting welcomed the ceasefire along the LoC as announced by the military authorities of Pakistan and India. It expressed the hope that the UN Secretary General along with world community especially the US government under the leadership of Joe Biden shall impress upon India to stop genocide, human rights violations, illegal detentions and the war against the people of Kashmir.

The meeting also expressed its satisfaction on the role of Pakistan in dealing with the political and military gimmicks of India and said it is the repeated betrayal of New Delhi which has brought the South Asia at the brink of nuclear collision. The meeting maintained that the announcement of a ceasefire is not sufficient. “It must follow withdrawal of Indian troops from Kashmir, unconditional release of all Kashmiri political prisoners, repeal of all draconian laws, restoration of all civil and political rights of the people of IOJK, before initiating a meaningful dialogue to resolve the Kashmir dispute in accordance with the UN resolutions,” it said.

The meeting also welcomed the statement of the US government in which both India and Pakistan have been asked to have a direct dialog on the Kashmir dispute.

APHC leader and the Chairperson of Muslim Khawateen Markaz, Yasmeen Raja, in a statement in Srinagar while welcoming the announcement by Pakistan and India regarding the ceasefire said, this initiative will bring peace to the people living in the areas along the LoC. She maintained that peace in the region is linked with the settlement of the Kashmir dispute. She deplored that India has been impeding the way for just solution of the dispute for the last over 7 decades. She urged New Delhi to give up its intransigence and settle the dispute peacefully as per the UN resolutions and aspirations of the Kashmiri people. She also called upon the Indian government to release all illegally detained Kashmiris including Hurriyat leaders and activists.

The spokesman of Tehreek-e-Wahdat-e-Islami in a statement in Srinagar said the Kashmir dispute is the main cause of tension between Pakistan and India and without its settlement the dream of lasting peace and development in the region cannot be realized. He said the lives of civilians living near the LoC in Azad Jammu and Kashmir have become miserable due to unprovoked shelling by Indian troops. He said hundreds of citizens of Azad Kashmir have been martyred and maimed due to Indian firing and shelling so far. The spokesperson said that the recent progress between the two countries in ensuring a ceasefire on the LoC was a very welcome development but the resolution of the Kashmir dispute was essential for lasting peace and development in the region.

The IIOJK High Court Bar Association has welcomed the ceasefire announcement on LoC by Pakistan and India as a step forward in right direction for further dialogue to seek peaceful resolution of the Kashmir dispute in accordance with the legitimate expectations of the people of Jammu and Kashmir. The HCBA in an extraordinary meeting of its Majlis-e-Shura presided over by Chairman Advocate Nazir Ahmad Ronga expressed the resolve to support the peace process initiated by Pakistan and India. It was urged upon both the countries to de-escalate the hostilities and give peace a chance in South Asia.

The participants of the meeting said the resolution of the Kashmir dispute is key to success of the peace process, therefore, both the countries should initiate a substantive and sustainable dialogue process to address resolve it through peaceful means and according to the legitimate expectations of the people of Jammu and Kashmir.