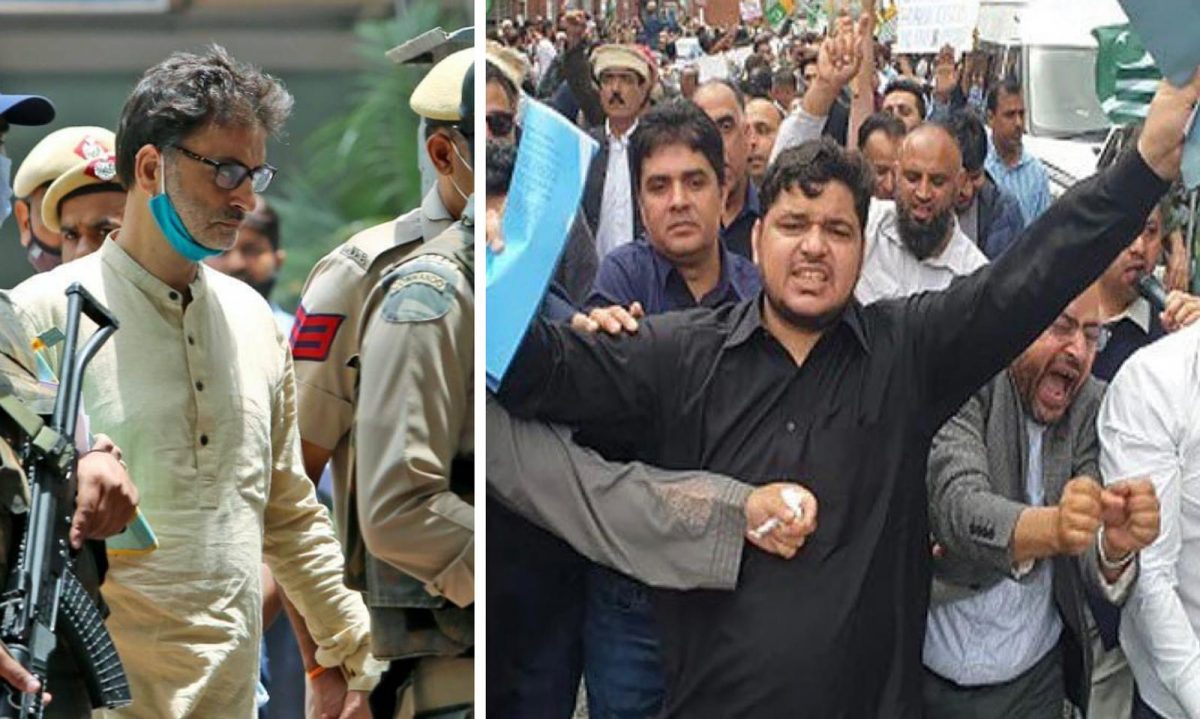 London:  Against what is mockery of justice by Indian Kangaroo courts in case of esteemed resistance leader Muhammad Yasin malik, Kashmiri diaspora and their allies held demonstrations and anti-India protests across the Europe on Thursday and urged international community to immediately intervene to safeguard Kashmiris who are facing brutal occupation by India.

Fahim Kayani, president of Tehreek-e-Kashmir UK, said in a statement that Kashmiri diaspora groups have resolved to take up the matter with European nations to hold India accountable for this “travesty of justice.”

Tehreek-e-Kashmir UK, said Kayani, has asked all of its chapters across the UK to hold demonstrations against wrong conviction of Malik after Friday prayers on May 27, 2022.

“This is a recipe for genocide which is already way” in Indian Illegally occupied Jammu and Kashmir (IIoJK), said Kayani.

An Indian kangaroo court on May 25, 2022 wrongly convicted for life Esteemed Malik “for waging the war against country.”

“Kashmir is never part of India,” Kayani said, referring to various resolutions by the United Nations which has called the IIoJK as “disputed” whose future is to be decided by its people.

“It is India, because of its military might, which is denying this right of free and fair plebiscite so that Kashmiris could choose their future,” said Kayani.

He added that Indian “kangaroo courts have no jurisdiction, whatsoever, to decide about freedom-loving people of IIoJK.”

“It is moral and international responsibility of the British government to ask India to release all Kashmiri resistance leaders as IIoJK is a disputed territory thus Indian rules on the region have no legal basis,” Kayani said.

While addressing the protesters outside the indian embassy in Oslo, Shah Hussain President Tehreek-e-Kashmir Norway said “Our stand has once again been justified that Indian courts are part and parcel of illegal Indian military regime in IIoJK. These courts aid the illegal military occupation of IIoJK, thus, they have no credibility to decide these case,”

Hussain urged Kashmiri diaspora across the world to get activated and “save the life of esteemed Malik who is in danger.”

“We have seen no one was prosecuted for murder of Shaheed Syed Ali Geelani and Shaheed Ashraf Sehrai,” said Mian Tayyib Secretary General Tehreek-e-Kashmir  Europe, “now, under the guise of so-called courts and justice system, India wants to kill one yet another Kashmiri brave leader like Esteemed Malik.”

“Kashmiris reject Indian courts and their justice system; we will never succumb nor be cowed down,” the Kashmiri diaspora leader said. Web Desk