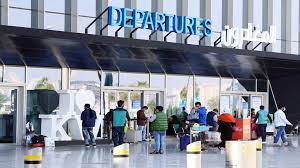 Kuwait City: The remarks of Bharatiya Janata Party (BJP)  leaders on Prophet Mohammed (peace be upon him) have not gone down well with countries in the Middle East with a Kuwaiti supermarket removing Indian products from its shelves.

The workers at the Al-Ardiya Co-Operative Society store “piled Indian tea and other products into trolleys in a protest against” the comments by the BJP spokespersons.

The report by international media said the supermarket, located just outside Kuwait City, covered sacks of rice and shelves of spices with plastic sheets, while printed signs in Arabic read: “We have removed Indian products”.

“We, as a Kuwaiti Muslim people, do not accept insulting the Prophet,” Nasser Al-Mutairi, CEO of the store, told media. A company-wide boycott was being also considered, according to the report. Web Desk