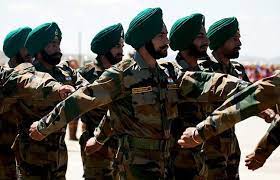 Sikh for Justice has announced that the voting date of a ‘Khalistan referendum’ in Punjab will be announced on 06 June, which marks the 38th anniversary of ‘Operation Bluestar’. SFJ Leader Pannu claimed that SFJ had sent a ‘Referendum-propelled grenade’ to the houses of all Sikhs and exhorted them to reach the Akal Takht on 06 June.

He highlighted that a referendum on the ‘independence’ of Punjab had already been conducted in London, Geneva and Italy. SFJ’s Gurpatwant Singh Pannun said, “During heydays of Khalistan movement in 1990s Indian agencies, using “black cats” frequently orchestrated massacres of Hindus to malign and crush the popular Sikhs’ demand for right to self-determination”. Alleging double standards in celebrating Bhagat Singh as a hero for bombing Delhi Assembly while labelling Sikhs as terrorists. Pannun said: “We believe in ballot not bomb and will announce Khalistan Referendum Voting Date in Punjab on June 6 from Sri Akal Takht Sahib”.

SFJ UK’s Coordinator, Dupinderjit Singh said, “Under UN Charter and Universal Declaration of Human Rights, Sikh people have a right to express their will through referendum on the question of continued and future association of Punjab with India but Indian regime has attempted to criminalize those Sikhs who have spoken out against Indian occupation of Punjab. India has registered cases against our top leadership and against hundreds of Sikhs overseas who have campaigned for Khalistan. Web Desk

India is third most polluted country in the world: Report