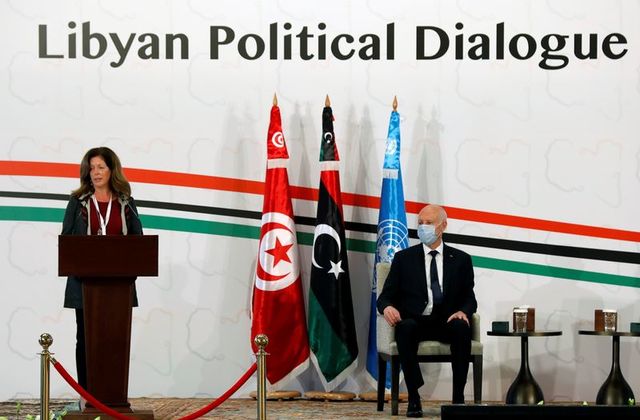 Libyans have taken an uncertain step toward ending nearly a decade of civil war, agreeing in U.N.-mediated talks to hold national elections in December 2021. The discussions, in the neighboring capital, Tunis, fell short of yielding a transitional government to oversee the elections and the establishment of a new constitution. The talks are shortly to resume. From Tunis, USIP’s Nate Wilson notes that the step is positive for a country that began 2020 with a surge in warfare and the involvement of foreign forces. Making this peace effort effective will require restraining that foreign involvement, he says, and will need to ground the talks in grassroots support.

A lot of work, and a good bit of change, will be required to make this effective. These talks—the process is formally called the Libya Political Dialogue Forum—are a start in the right direction, seeking political and military reconciliation between the opposing factions. The U.N. Support Mission in Libya, or UNSMIL, has brought together 75 delegates for these talks. Notably, it included a contingent of prominent Libyan women. But that’s the easy part. Libyans are questioning the selection process. It’s clear that building local legitimacy, across Libya, will be harder. So to complement the talks among the factions contending for power, what is needed is a dialogue at the grass roots that consolidates a consensus among Libyans about their shared identity, how to reflect that identity in a government and how they can solve their disagreements through politics and not armed conflict. Small Wars Journal

New round of Syrian peace talks begins in Geneva