Subscribe Us
HomeLatest News‘May – the deadliest month for women journalists this year’: Coalition For Women In Journalism
Latest News

‘May – the deadliest month for women journalists this year’: Coalition For Women In Journalism 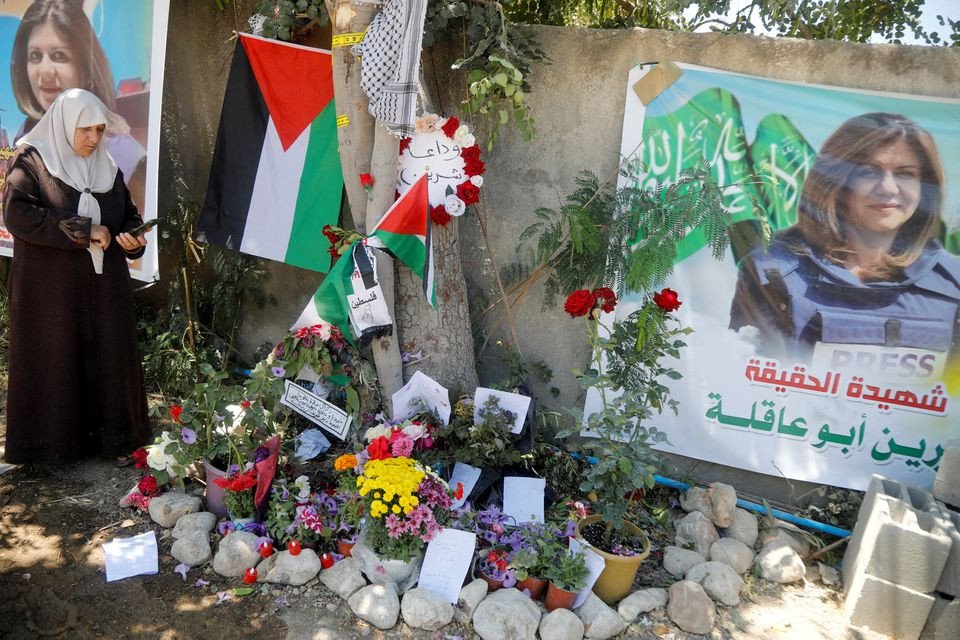 New York: May has been the deadliest month for women journalists this year with at least five documented killings, according to a report released by the New York-based Coalition For Women In Journalism (CFWIJ).

Shireen Abu Akleh was shot dead by Israeli forces in the occupied West Bank, Francisca Sandoval was gunned down during protests in Chile, Yessenia Mollinedo Falconi and Sheila Johana García Olivera were killed outside a grocery store in Mexico. The former two were on the job when they were killed and the latter two were targeted for their work.

In Afghanistan, Maryam Madadi was killed in a series of explosions that targeted passenger buses in the northern city of Mazar-e-Sharif.

Women journalists around the world were also subjected to arbitrary arrests, legal harassment, physical and sexual harassment, online violence, threats and intimidation. The non-profit organistion documented as many as 40 cases of press violations throughout May 2022.

Yessenia Mollinedo Falconi and Sheila Johana García Olivera, director and reporter of online news portal El Veraz, respectively, were gunned down outside a convenience store on May 9 in Mexico. The seemingly targeted attack was carried out in broad daylight. The country has seen a spate of journalist killings this year with the death toll hitting 11 after the apparent murders of Yessenia and Sheila. The sharp uptick in violence against journalists across the country is alarming.

The press faces threats from armed groups, influential economic and political elite as well as criminal elements. Four of the 11 journalists killed in 2022 were women who had been facing threats due to their gender or work. Yessenia’s brother, Ramiro Mollinedo Falconi, who is also a journalist, said she was repeatedly threatened over crime coverage by El Veraz. Local journalists decry negligence by the state which has been failing to protect them.

Veteran Palestinian journalist and Al Jazeera correspondent Shireen Abu Akleh was shot in the head while covering an Israeli Defence Force (IDF) raid in Jenin in occupied West Bank on May 11. She was shifted to a hospital and declared dead on arrival.

Shireen was one of Al Jazeera’s first field correspondents in the area, joining the network in 1997 and a household name in the region. Al Jazeera, eyewitnesses, Palestinian leaders, among others have accused IDF forces of targetting her while she was on the job wearing a vest clearly identifying her as press. The Israeli state initially claimed that Shireen was killed by militant fire but then conceded it could have been an Israeli bullet that hit her during an alleged crossfire.

Reviews conducted by AP, CNN and others lend support to eyewitness accounts. Israel, however, has said it won’t be conducting a criminal investigation but an operational one claiming an “active combative situation”.

Francisca Sandoval, a reporter with local broadcaster Canal Señal 3 La Victoria, was shot in the face while covering Labour Day protests in Barrio Meiggs, Santiago on May 1. She was critically injured and succumbed to her wounds 12 days later while under treatment.

The 29-year-old was the first journalist killed in Chile since Augusto Pinochet’s dictatorship ended in 1990. Amid calls for justice, a street vendor was arrested for allegedly opening fire on the journalist as violence broke out during the demonstration after protestors attempted to enter commercial premises.

Former radio journalist Maryam Madadi was killed in a series of explosions that hit the Afghan city of Mazar-e-Sharif on May 25. Three mini busses in different districts of the city were targeted and explosive devices were placed inside the vehicles. At least nine people were killed in the bombing and 15 others were wounded.

Daesh later claimed responsibility for the attacks. Maryam had worked at Rabia Balkhi radio station in Balkh until recently when it shut down after an office fire. She, and all other victims, reportedly belonged to the ethnic Hazara and Shia communities. Web Desk