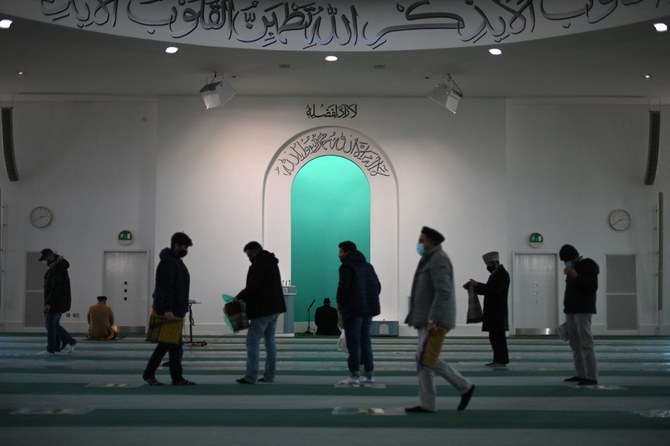 London: More than half of British Muslims feel like their lives are improving, citing role models and work opportunities, according to a new poll.

Savanta ComRes surveyed 1,503 British Muslims who said life was improving in Britain on 10 out of 12 measures, but workplace discrimination was getting worse.

Britain’s Muslim population stands at 3.3 million, making up 5 percent of the total population.

More than two-thirds surveyed said they felt that Muslim “participation in society” had risen since 2017, which tied in with 58 percent pointing to a rise in role models for British Muslims.

The survey was commissioned by Hyphen, a new magazine that focuses on Muslim issues in Europe.

But it was not just the rise in role models that attracted significant polling support, with 59 percent agreeing that businesses were creating more products and services tailored to Muslim consumers.

Fifty-three percent said “acceptance of Muslims in the UK” had risen in the last five years, but 19 percent said it had declined.

Access to higher-paying jobs and opportunities to be successful were both seen as more likely by those surveyed, with 53 percent saying “life overall” had improved in the same period.

But despite these perceived improvements in work life, 46 percent said Islamophobia in the workplace had worsened.

Just 21 percent said it had improved, with almost 70 percent reporting an experience of discrimination at work.

Wazir said he was surprised by the high number of Muslims reporting workplace discrimination, adding that there was a lot of “informal” and “off-the-cuff” Islamophobia. “Some companies who do very well in terms of raising the profile of women and looking after some minority groups perhaps don’t do so well on Islamophobia,” he said.

Fifty-seven percent of people agreed that “young Muslims growing up in the UK today will be more successful than their parents,” Wazir added.

“I put that down to the fact that there are now three or four generations of Muslims in this country, so younger generations probably do feel a bit more confident and see other people like them.

“There are more role models for young Muslims and there is some sense of there being better access to jobs.” Arab News