Exlcusive: Nuclear warheads expected to increase in next 10 years: SIPRI

Ankara: Nuclear-armed nations are projected to seek out more weapons in the coming decade, despite the fact that there has been a drastic decline in the number of nuclear warheads worldwide during the past 50 years.

According to Stockholm Institute for Peace Research (SIPRI) and other related sources, the number of nuclear warheads could rise globally.

The Nuclear Non-Proliferation Treaty (NPT) was signed on July 1, 1968, and entered into force in 1970 to prevent an escalating nuclear arms race as the US used the first nuclear bomb in the world against Japan in World War 2.

The agreement is based on three basic principles: the prevention of nuclear proliferation, the use of nuclear energy for civilian purposes and nuclear disarmament.

Increase in number of warheads

SIPRI’s “2022 Yearbook” report warned that the number of nuclear warheads could rise globally again after the Cold War if countries with nuclear weapons do not take concrete action on disarmament as soon as possible.

According to the report, the present decrease in the nuclear warheads of the US and Russia compared to 2021 and the previous years is due to the dismantling of obsolete warheads within the framework of modernisation efforts.

China is at an important threshold of increasing its nuclear weapons capacity. Satellite images taken from the country show 300 new missile silos under construction.

North Korea has also made its current military nuclear programme a central element of its national security strategy. It is estimated that the country has enough material to produce 40-45 warheads, although the number of warheads at its disposal currently is about 20.

France has also announced the launch of a programme to develop a nuclear-fueled ballistic missile submarine.

There are about 13,000 nuclear warheads in the world today. In 1945, the US became the first country to drop atomic bombs on the Japanese cities of Hiroshima and Nagasaki.

After this attack, which killed thousands, many countries wanted to acquire nuclear power and status in the early stages of the Cold War due to the high destructive power of nuclear bombs, their permanent harmful effects, and military and psychological superiority.

The Soviet Union also conducted its first nuclear test in the Semipalatinsk region of Kazakhstan in 1949, becoming the second country after the US to develop nuclear weapons.

The UK conducted its first nuclear test in 1952 on the Montebello Islands, located off the west coast of Australia. The country was followed by France, which conducted the first test in the Sahara Desert in the north of Africa in 1960, and then moved the nuclear tests to the South Pacific.

China conducted its first nuclear test in 1964 at the Lop Nur test site of the Gobi Desert in the Xinjiang Uighur Autonomous Region of the country.

India also refused to sign the NPT and conducted an underground test in the Pokhran region of the country’s Rajasthan Desert in 1974. After India, Pakistan conducted its first nuclear test in 1998.

North Korea also began nuclear tests in 2006 after withdrawing from the NPT agreement.

However, the data on Israel’s nuclear weapons are based on estimates because the country follows a privacy policy on nuclear warheads. It is noted that the country conducted the first nuclear test in the 1960s. Anadolu Agency 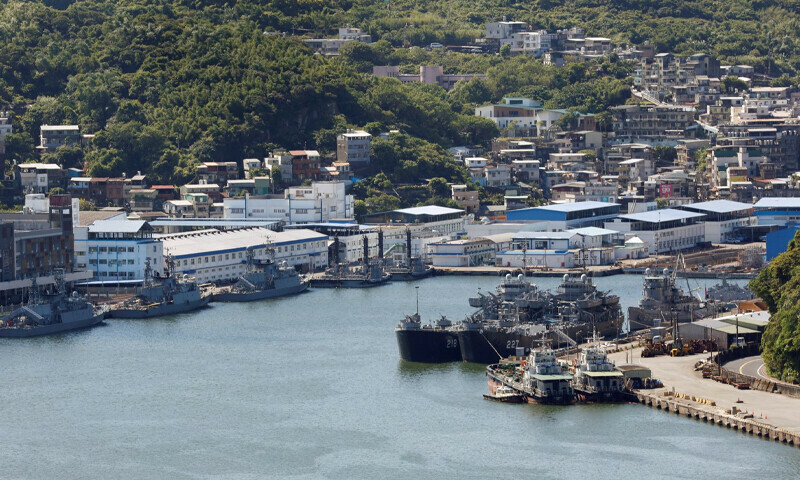 Chinese & Taiwanese warships eye each other as drills due to end

Protests in US after release of video of police killing...