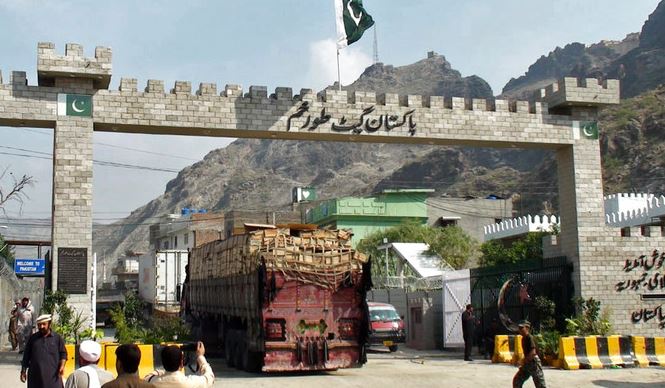 Afghanistan is in dire need of humanitarian assistance as its economy is dwindling since the Taliban takeover of Kabul. The other thing due to which its economic situation is gasping is the non-recognition of the regime in Kabul by International community. Afghanistan is a country of approximately 39 million people and the decades of war has ruined its economic, social and eco-system.

In this situation the humanitarian aid is coming from Pakistan, India, Iran, China, Turkey, Saudi Arabia and other western countries.

Meanwhile India and Pakistan had talks regarding Indian humanitarian aid to Afghanistan where Islamabad allowed its transit route for Indian wheat to be exported to Kabul. Pakistan has ensured that aid and assistance should keep going to Kabul via land route through border crossings.

Since August 2021, Pakistan has increased border crossing facilities to 5 and they are fully operational.  According to Pakistani officials, 44 more places on border have been identified and plans to establish new crossings to facilitate businesses and visitors’ movement.

Recently, Prime Minister Shehbaz Sharif has approved transit visa policy for Afghan immigrants. Through this policy, government of Pakistan would issue 30-day transit visas to Afghan citizens within 24 hours. Meanwhile, Pakistani foreign ministry official said that despite tightened measures “about 30,000 people, including Afghan refugees, move across the border every day.”

Pakistan is helping to have a trade balance with Afghanistan, so the people there who are in desperate situation can get their basic needs including medicines, food and other necessities.

This comes as Taliban are under sanctions by Unites States, so to increase the trade, Pakistan has allowed Afghan importers to buy its products in Pakistani currency and can export any item to Pakistan to facilitate bilateral trade. Due to non-availability of banking channels, Zubair Motiwala, Chairman Pakistan Afghanistan Joint Chambers of Commerce and Industry, in last week of May, said that Pakistan has devised a comprehensive mechanism for barter trade and it would be implemented within the next few days.

As the trade has to be increased by keeping the economic situation in Afghanistan, the China-Pakistan Economic Corridor (CPEC) is another opportunity for both countries to use it for bilateral trade by expanding it to Afghanistan. In March 2022, Chinese Foreign Minister Wang Yi in his visit to Kabul, told Taliban that China was willing to promote the extension of CPEC to Afghanistan, making the latter a bridge for regional connectivity.

Pakistan and Afghanistan in 2010 had signed Afghanistan-Pakistan Transit Trade Agreement (APTTA) agreement which expired in February 2021. Both countries had given an extension to it till 11 May 2022. Islamabad and Kabul are looking to revise the APTTA, as Pakistan wanted to include Central Asian States and the former Afghan government wanted India to be part of it. Now, until the revised APTTA is not signed, the earlier agreement will be in place.

As the global community, particularly United States and Europe are reluctant to give any legitimization to Taliban Government, and Russian reiteration that the inclusiveness of the government is key for recognition; the Afghan economy will be in peril. To lessen the economic impact on Afghans, Pakistan bilateral trade with Afghanistan is the key to at least keep floating the economy of the neighbor country.

Pakistan has paid a huge price of unstable Afghanistan in form of security, lawlessness, terrorism and diplomatic fall out from western world. As Islamabad has time and again said that it wants a peaceful and stable Afghanistan, so for that the economy of both countries need to grow and for that purpose the bilateral trade can keep the people of both countries flourishing.

UK’s Boris Johnson to meet Prince Charles in Rwanda amid...