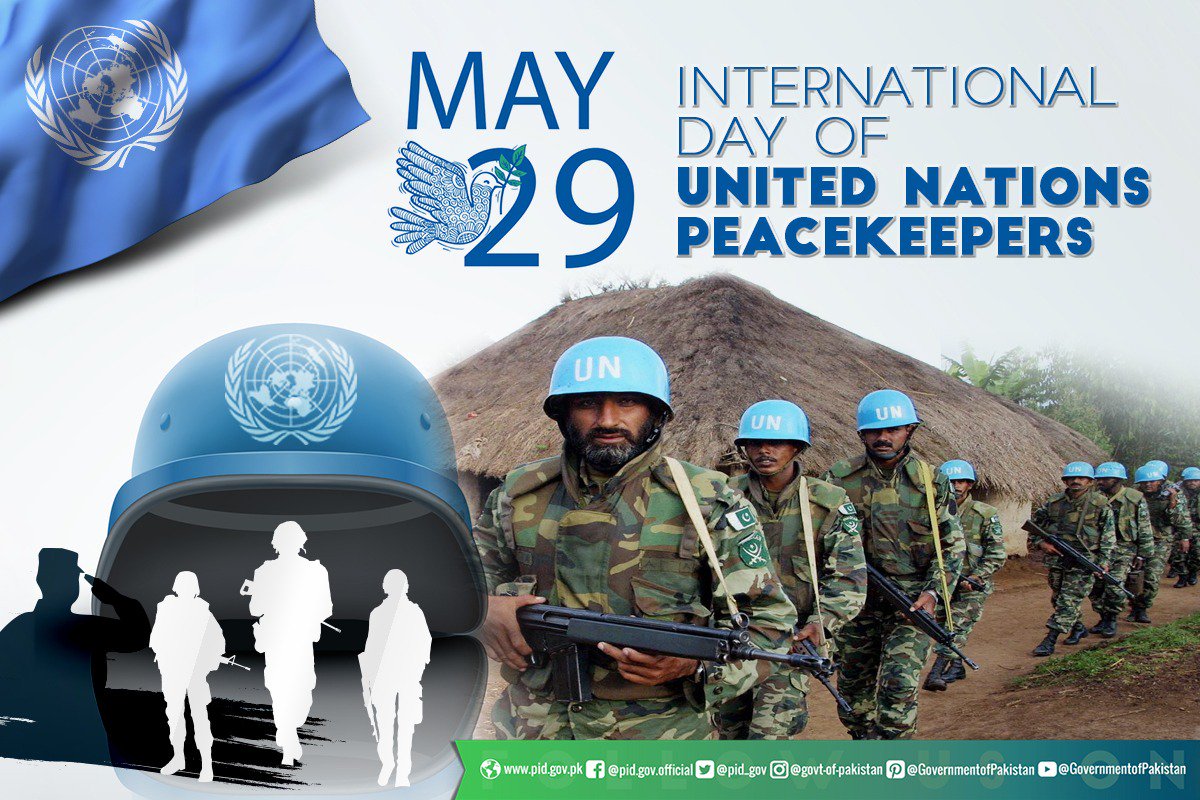 On the International Day of United Nations Peacekeepers, Pakistan reiterated its commitment to continuing working with the UN for advancing the shared ideals of peace, stability and cooperation.

UN designates 29 May as ‘International Day of UN Peacekeepers’ in commemoration of the day in 1948 when the UN’s first peacekeeping mission began operations in Palestine. Since then, more than one million women and men have served in 72 UN operations.

The theme for this year’s observance of the day is “People. Peace. Progress. The Power of Partnerships”. Pakistan is one of the longest-serving and largest contributors to UN peacekeeping and is also taking part in an ongoing mission in the Central African Republic. Pakistan’s first UN peacekeeping mission began in 1960 in Congo and so far more than 200,000 Pakistani soldiers have participated in 60 missions in 28 countries. Pakistan still has more than 7,000 personnel deployed in nine countries as part of 14 ongoing UN missions.

During its long association with UN peacekeeping missions, Pakistan has lost 157 personnel and 24 officers martyred during their efforts to restore peace and stability in some of the world’s most turbulent regions. Pakistani women are also making their mark on US peace missions. Pakistan has achieved UN goal of sending 15 per cent female staff officers to these missions and now nearly 450 Pakistani women are serving in various countries across the globe. UN Secretary General Antonio Guterres appreciated the contribution of Pakistani women in peacekeeping. “Pakistan is a leader in championing women peacekeepers and an example for other troop contributors.” UN has conferred ‘Dag Hammarskjold Medal’ to 117 military, police and civilian personnel from 42 countries, including six Pakistani peacekeepers, who lost their lives serving under UN flag last year.

Pakistan’s Permanent Representative to UN, Ambassador Munir Akram received the awards on behalf of the families of the fallen Pakistani peacekeepers. Pakistan deeply values the vital role played by the “blue helmets” in maintaining security and stability in many conflict-ridden areas around the world. Pakistan is proud of its long-standing and consistent contribution to UN peacekeeping spanning over six decades.