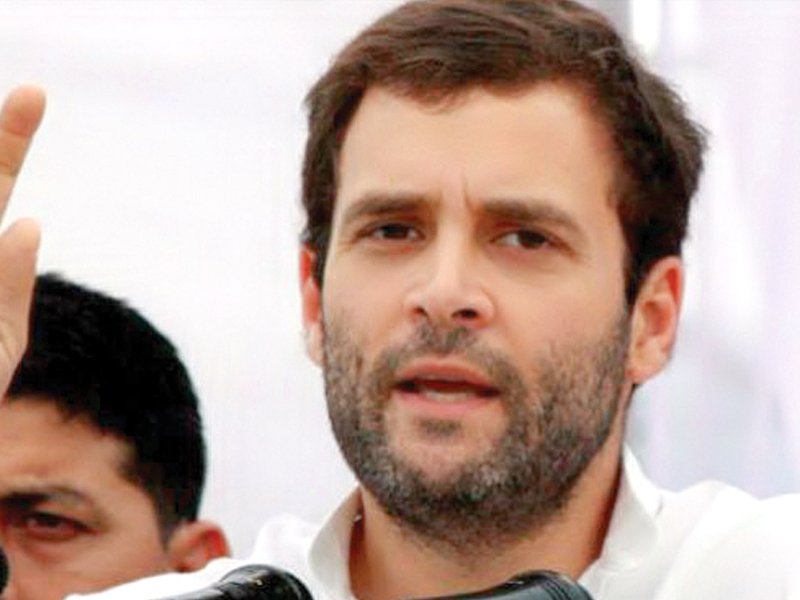 New Delhi: As India continues to receive backlash from Muslim countries over the anti-Islam remarks by two Bharatiya Janata Party (BJP) officials, Rahul Gandhi, leader of India’s main opposition party, hit out at the ruling party for its “shameful bigotry”.

Several Muslim countries, including Pakistan, took strong exception to the derogatory remarks made against Prophet Muhammad (PBUH) by the officials. Pakistan condemned the remarks in the strongest terms. Likewise, Qatar, Kuwait and Iran summoned Indian envoys to register their protest and demanded an apology from New Delhi.

He went on to say that the BJP’s shameful bigotry had not only isolated India but also damaged its standing globally.

The Congress leader further highlighted that the two BJP officials weren’t the original creators of Islamophobia, but that someone else was behind it.

The BJP on Sunday suspended the two spokespersons but Pakistan and other Muslim countries said that it was not enough.

“Merely suspending and expelling party officials is not enough… the BJP must shun and denounce its extremist and fascist Hindutva ideology,” President Arif Alvi said.