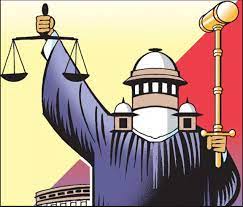 New Delhi: A fresh petition has been filed in the Indian Supreme Court challenging the validity of certain provisions of the Places of Worship (Special Provisions) Act, 1991.

Encouraged by the demolition of historic Babri Masjid in Ayodhya, the Hindutva workers are claiming that many mosques were built on the sites of old Hindu temples by the Muslim rulers and emperors. They are demanding converting of many mosques into Hindu temples.

This is the eighth petition against the law that declared that the character of places of worship shall be maintained as it was on August 15, 1947. Earlier, Vishwa Bhadra Pujari Purohit Mahasangh, Ashwini Kumar Upadhyay, Subharanian Swamy, Rudra Vikram Singh, Chandra Shekhar, Devakinandan Thakur and Swami Jitendranand had moved the top court against various provisions of the Act.

The Supreme Court had in March 2021 issued notice to the Indian government on some of the petitions challenging the validity of certain provisions of the 1991 Act.

In the fresh petition, the petitioner Anil Kabotra – a retired Army officer – claimed that the 1991 law created an “arbitrary and irrational retrospective cut-off date” of August 15, 1947, for maintaining the character of the places of worship or pilgrimage against encroachment done on them.

Kobatra has challenged the constitutional validity of Sections 2, 3, and 4 of the 1991 Act on the ground that Parliament “transgressed its legislative power” by barring remedy of judicial review. Section 3 and Section 4 of the Act deal with the bar of conversion of places of worship and declaration as to the religious character of certain places of worship and the bar of jurisdiction of courts, respectively.

Jamiat Ulama-i-Hind, a prominent Muslim organization, has already moved the Supreme Court seeking dismissal of petitions challenging the validity of the Places of Worship Act, saying it will open floodgates of litigation against countless mosques and the religious divide in India. Web Desk