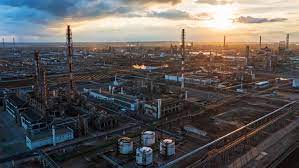 New Delhi: Russia’s Rosneft is holding back on signing new crude oil deals with two Indian state refiners, three sources with knowledge of the matter said, as it has committed sales to other customers.

Indian refiners have been snapping up cheap Russian oil, shunned by western companies and countries since sanctions were imposed against Moscow for its invasion of Ukraine on Feb. 24, which Russia calls a “special military operation”.

A lack of new term supply deals with Rosneft may push Indian refiners to turn to the spot market for more expensive oil. It also indicates that Russia has managed to keep exporting its oil despite increasing pressure from Western sanctions to choke Moscow’s revenue.

So far only IOC, the country’s top refiner, has signed a deal with Rosneft, which will see it buy 6 million barrels of Russian oil every month, with an option to buy 3 million barrels more. The other two refiners’ requests have since been turned down by the Russian producer, the sources said. “Rosneft is non-committal in signing a contract with HPCL and BPCL. They are saying they don’t have volumes,” said one of the sources.

Rosneft, IOC, HPCL and BPCL did not respond to Reuters’s requests for comment. Russia is ramping up oil exports from its major eastern port of Kozmino by about a fifth to meet surging demand from Asian buyers and offset the impact of European Union sanctions. Reuters