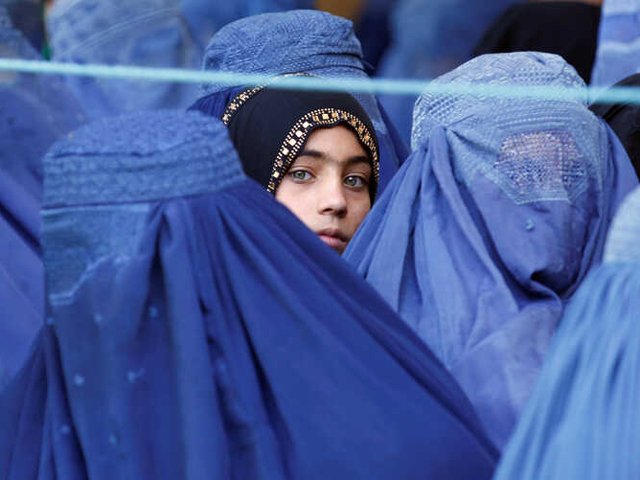 The Security Council unanimously adopted a resolution on Tuesday that criticised the Taliban for limiting girls’ and women’s access to education, government jobs and freedom of movement since seizing power last year.

Afghanistan’s supreme leader Hibatullah Akhundzada has also ordered women to cover up — including their faces — when in public, triggering international outrage.

The Security Council’s 15 member states called on the Taliban “to swiftly reverse the policies and practices which are currently restricting the human rights and fundamental freedoms of Afghan women and girls”.

It also demanded the hardliners reopen all schools to female students.

Afghanistan’s foreign ministry said the government considers the Security Council’s concerns as “unfounded and reaffirms its commitment” to rights of Afghan women.

“Since the people of Afghanistan are predominantly Muslim, the Afghan government considers the observance of Islamic hijab to be in line with the religious and cultural practices of society,” the ministry said in a statement.

The Taliban adhere to an austere interpretation of Islam.

Their last stint in power between 1996 and 2001 was marked by human rights violations, and, despite promising a softer rule this time around, they have increasingly trampled over the freedoms of Afghans.

In the two decades of US military intervention that followed the ousting of the Taliban in 2001, Afghan women and girls made marginal gains in restoring their rights.

UN special rapporteur on human rights in Afghanistan Richard Bennett on Thursday said the Taliban’s restrictions were aimed at making women “invisible in society”, at the end of a visit to Kabul.

No country has recognised the new Taliban government, and the authorities have so far failed in their efforts to assume Afghanistan’s seat at the world body. AFP

Husband of teacher slain in Texas massacre dies ‘due to...

Russian lawmakers in hot water for urging Putin to end...