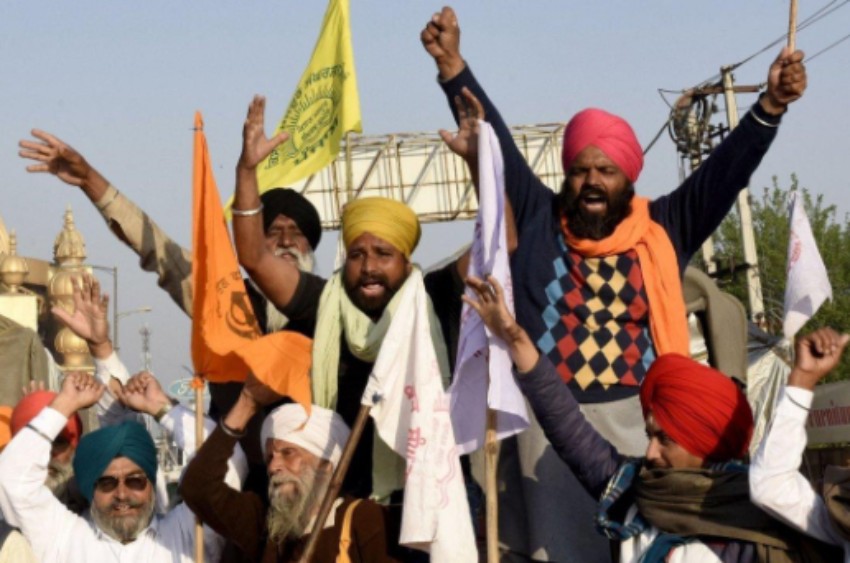 Sydney: On February 28, in the western Sydney suburb of Harris Park, men armed with wooden bats and hammers attacked five Sikh students in their 20s who were driving home from dinner. They escaped unhurt, though their car suffered severe damage. One of the victims told This Week in Asia he believed the group – clearly identifiable as followers of the Sikh religion because of their turbans and beards – had been targeted by supporters of Indian Prime Minister Narendra Modi.

The episode has cast a spotlight on growing tensions within the Indian community in Australia, following a pattern in countries across the world with a sizeable Indian diaspora, such as the United States.

Analysts say one factor behind the situation is that Hindu nationalists around the world have been emboldened by the erosion of civil liberties among members of minority faith groups in Hindu-majority India, particularly Muslims. Another, they say, has been the demonstrations against the Modi government’s new farm laws by mostly Sikh farmers outside New Delhi, who have been accused by Indian police of having links to a movement rallying for an independent Sikh homeland called Khalistan.

“A couple of Sikh students have received calls from public phone booths [threatening] them with dire consequences if they don’t stop supporting farmers,” said the Sydney attack victim, who spoke on condition of anonymity citing concerns for his safety. He said he might return to India if the attacks continued, but “the situation there is scarier”.

The ABC, Australia’s public broadcaster, on Tuesday reported that leaders of Sydney’s Indian community were meeting alongside New South Wales Police Assistant Commissioner Peter Thurtell over growing concerns about tensions related to the farmers’ protests. The police are also continuing their inquiry into the February 28 attack.

Members of the Indian community in Australia who spoke to This Week in Asia said divisions had become wider after Sikhs there backed the farmers protesting in India. On Australian social media, those backing the demonstrations have been labelled “Khalistani militants”, allegedly by Modi supporters.

Discussing the attack on the Sikh students, Australian senator David Shoebridge earlier this month told the New South Wales state assembly the assailants “came from a far-right extremist political position”. He also questioned why the Vishwa Hindu Parishad – an affiliate of the Rashtriya Swayamsevak Sangh, a right-wing Hindu nationalist group that is the ideological mentor of Modi’s ruling Bharatiya Janata Party (BJP) – was allowed to conduct religious education in public schools in New South Wales.

Haroon Kasim – co-founder of the Humanism Project, an Indian diaspora organisation in Australia that advocates for pluralism – said India was “exporting its hatred” to other countries through Modi supporters around the world.

“Muslims were subjected to targeted hate campaigns at the peak of the Covid-19 pandemic on social media,” he said. “The same pattern of hatred is now being seen against Sikhs in Australia.”

There have been other such incidents: footage on TikTok shows a group of men chasing and using metal rods to beat a Sikh man in Sydney, while there have also been calls on Hindu-oriented Facebook groups in Australia to avoid frequenting “Khalistan” restaurants.

“A section of Indian Hindus also gave a call to boycott Sikh businesses in Australia on Facebook ever since we started supporting the protesting Indian farmers in December,” said Gurvinder Singh Atwal, 42, the director of a Melbourne real estate agency.

According to Australian census data, there were 619,164 Australians of Indian ancestry in the country in 2016. Among those who were born in India, 49.3 per cent practised Hinduism while 20.5 per cent were followers of the Sikh faith.

The Sikh community in Woolgoolga in New South Wales remains one of the largest Indian rural ommunities in Australia, its 1,300 or so Sikhs being the descendants of labourers from the Indian state of Punjab who were brought by the British to work on sugar cane plantations in the 19th century.

Surjeet Dogra Dhanji, a postdoctoral researcher of Indian diaspora and migration at the University of Melbourne’s Asia Institute, said Indian immigrants – including Sikhs, Hindus and Muslims – who arrived in Australia in the 19th and 20th centuries worked as hawkers, lascars, domestic workers and agricultural labourers and were jointly described as “Hindoos”.

“The next wave of Indian migrants came after the abolition of the White Australia policy in the 1970s, comprising mainly doctors, teachers, technocrats and entrepreneurs from various parts of India along with students on scholarships,” she said, noting that the Indian diaspora – which also emigrated from Southeast Asia, East Africa, Britain and the United States – had lived harmoniously in Australia for decades.

Vimal Kansal of the Australian chapter of Hindus for Human Rights said Modi’s policy of “riding roughshod over dissent and demonising critics” had found its way to countries such as Australia. Kansal said the politics of Hindutva – the ideology of establishing a Hindu hegemony – among right-wing extremists were “polarising the diaspora”.

However, Jay Shah, president of the Overseas Friends of BJP Australia group, the BJP’s official overseas wing that helped organised Modi’s visit in 2014, said the profile and confidence of the Indian diaspora had been boosted since he became prime minister that year.

Australian Liberal Party member Rohit Singh, who is raising funds for the construction of the Ram temple in the Indian city of Ayodhya, moved from India to Australia in 2000. In a telephone interview, he said Modi was “the best prime minister” India had ever had, and added that Sikhs in Australia were collecting funds for the separatist Khalistani cause and waving Khalistani flags during local protests against Indian farm laws.

The Australian Sikh Council, a community organisation, in January posted a video of a pro-Khalistan rally in which a banner reading “Khalistan: The Only Solution” can be seen.

Shah from the Overseas Friends of BJP Australia said that days before a January 31 rally to hail the Indian flag in Melbourne, some of members of the community had received a threatening letter on WhatsApp from the Babbar Khalsa International militant group. The letter, seen by This Week in Asia, said Modi supporters would be responsible for any action taken against them.

However, Sikh community leaders – including Amar Singh of the charity organisation Turbans 4 Australia – have questioned the letter’s authenticity. He said his organisation had never raised funds for the separatist cause or had people shouting Khalistani slogans in its rallies, and he found it embarrassing to see that “Indians are fighting Indians”.

Canberra-based IT engineer Jaspal Singh, 38, said he had left India three years ago after fearing for his safety as a member of a religious minority, and he was frightened to see the same hatred “haunting” him again in Australia.

“I am labelled as an anti-national by Modi supporters for believing in the tenets of the Indian constitution which guarantees freedom of speech and the right to protest peacefully,” Singh said. South  Asian Monitor

US may miss May 1 deadline to exit Afghanistan, warns...