By Bartalotta Giuseppe Maria LIPR Ambassador of Peace based in Italy

People at that time were divided by several problems and this is clear. In that situation, the most important administrative and political change was the coup d’état organized by the military forces in 1989, headed by Omar Hasan Ahmad al-Bashir. The new regime did not give major stability to the country given the fact that the civil war continued also after the political change but what the regime gave it is solid leadership in power until 2019, even if it is not without shadows due to his policies and aggressive attitude. Bashir was also a member of the Islamic National Front of Hasan Turabi, the party, that seems, hosted Osama bin Laden from 1992 to 1996.

One of the major causes of conflict between North and South Sudan was religion. Sudan has different religions: the South Animist Christians and the North Islamic. The situation was not easy also because of the relevant oil reserves in South Sudan which the North was not willing to leave to the South.

The atrocities the Sudanese people experienced during the civil wars are indescribable. The two parts were guilty both of Human Rights abuses, and the natural disasters did not help the country to go out of the moment they were living with. Is sadly famous the famine of 1998 that cost 70 000 people and other 72 000 people were reported as migrating from the threatened rural zones to Wau alone from May 1998 to August 1998. An estimation said that from the first civil war to South Sudan’s independence there were 2 million dead.

The controversy between the North and the South of the territory was solved only in 2005, when the Sudan economical condition was at its lows, by a Global Peace Agreement where to the rebels had been guaranteed the possibility to lay down arms and form a party, which had been called Sudan People’s Liberation Mouvement (SPLM). In the first election after the South Sudan autonomy and before the referendum that will divide the territory into two pieces in 2011 the population decided on a North Sudan government led by his last President Omar Hasan Ahmad al-Bashir and on a South Sudan governed by his last President Salva Kiir Mayardit, leader of the ex-rebels of the Sudan Popular Liberation Army.

In July 2008, the President of the South Sudan was accused of genocide, crimes against humanity and war crimes in Darfur by the prosecutor of the International Criminal Court, Luis Moreno Ocampo. Nevertheless the accusations, the proofs were insufficient to prosecute him for genocide and for this reason did not happen anything and Bashir remains in power. 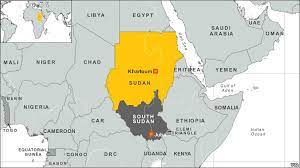 Al-Bashir, after another political success in the Presidential elections in 2015, is obliged to leave power due to the mass protest that hit the country in 2019 after the economic crisis, which has raised the bread and fuel price.

Bashir’s net built to deconstruct the opposition was Sudan’s National Intelligence and Security Services, which detained and abused journalists and activists, and the Humanitarian Affairs Commission, a government body responsible for regulating nongovernmental organizations routinely deregistered organizations and threatened their employees with a prosecution. Bashir also embraced militia violence to eliminate opponents, most notably in Darfur, where the regime’s ethnic cleansing campaign earned him an indictment for crimes against humanity from the International Criminal Court. This net became clear after the suppression of the mass protests in 2013 that caused 200 victims from the demonstrators, the year in which the Mubadarat proliferate as the demand group.

The success of the mass protests seen in 2019 in Sudan has an important meaning not only for what the citizens faced but especially for how this comes or through non-violent actions and a proactive civil society even if in an oppressive and divided environment. The job of the entities engaged in the civil society transformation from 2013 to 2018 was considerable. Sudanese citizens created several civil spaces, foundations, and organizations, where people could discuss and be trained by others to express their feelings, and their desire for a political change without violence. Relevant to this change and an agglomeration of these initiatives was called “Mubadarat” which had the intention to foster social trust, forged coalitions between civil society, political parties, and armed groups, and develop new skill sets in activism and civil resistance.

Mubadarat and demand group expanded in a wide range of issue areas, Mubadarat examples are a youth initiative (called Nafeer) which provides humanitarian relief for victims of floods, the Hawadith Initiative offered medical care to those who could not afford it, the Education Without Borders Initiative which provides used school books and distributed them to the poor people who can not buy it, and at the end nonprofit organizations which seek to address humanitarian and social issues. Instead, the demand groups organized resistance against policies harming local communities (the construction of dams, foreign land grabbing). Student associations, in the end, organized advocacy networks within universities.

The prerevolutionary period (2013-2018) also saw an expansion of civil society workshops, training, and conferences, which further educated Sudanese on their rights and obligations as citizens as well as on the practice of peacebuilding and nonviolent action. These civil society training activities were and are made, for example, by the Regional Centre for Training and Development of Civil Society, founded in 2006, conducted youth-focused training on civic engagement and, in 2011, held workshops across the country on constitutional dialogue. During this course, the participants discussed how a new democratic constitution could best reflect the needs of Sudan’s diverse society. Similarly, another example is the Reading for Change mubadara (Programme) published more than 50 discussion papers from Sudanese scholars on democracy and human rights, distributed a quarter million books, and held thousands of weekly discussion sessions across the country from 2015 to 2019. Some youth-led organizations that were more overtly committed to regime change, such as Sudan Change Now and Girifna (We’re Fed Up), began training programs as early as 2010. This period between 2013-2018 was distinguished also by an increased emphasis on nonviolent action and strategic planning. Their activities targeted both activists and the broader public and, considering the constant threat of government repression, were remarkably widespread.

The building of the civil society was very important, not only because of the regime they lived with but also because of the two civil wars they experienced where the citizens killed each other.

These citizens initiatives, as said before, began in 2013 due to the several challenges the country was facing: the conditions of life were deteriorating; South Sudan’s independence in 2011; Bashir’s regime was losing its leadership and power for what he did during the mass protests in 2013; the entry of several NGOs.

What happened It is also thanks to the new relationship between the civil society with local officials and international. Before the activists looked at them as if they were the enemies of the people but after they got that this was not true the revolution against Bashir’s regime went on and the process continued. The revolution was the product of this growth. Activists fraternized also with the military forces, nevertheless, the repressions. They got that there are several positions in the army, crucial to the success of this operation also were the no-violence actions that they used, the no-violence actions that were not taken for granted in an environment in which people experienced two civil wars.

An important role in the political scenario during the mass protest in 2019 was played by the Sudanese Professionals’ Association which is an umbrella association of 17 different Sudanese trade unions. The organization started forming in October 2012, though was not officially registered due to government crackdowns on trade unions, and was created more formally in October 2016 by an alliance between unions of doctors, journalists, and lawyers. In December 2018, the group called for the introduction of a minimum wage and participated in protests in Atbara against the rising cost of living. In 2018-2019 the SPA came to take an increasingly prominent role in Sudanese protests against the government of Omar al-Bashir 2019. The organization is also a member of Progressive International. 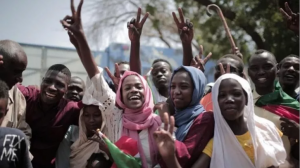 In 2019 the civil society had become stronger and their initiatives engaged a lot of people absolutely more than before during the period after Bashir’s regime. These raised popular awareness about civil rights and good governance inspired youth to embrace grassroots mobilization, forged community networks and fostered a common vision for democratic reforms. Consequences of this awareness were: the abolishment of female genital mutilation, the death penalty for homosexuality and apostasy, the ban on alcohol consumption were removed (although only for non-Muslims), the headscarf requirement for women, and public flogging was also removed. Supporting the people’s mobilization were also social media in 2019, social media which had already had an important role in 2011 in the Arab Uprising in North Africa and in the Middle East. The most important Social Media in Sudan was Facebook.

On 25th October 2021, the new legislature led by Abdalla Hamdok was forced to make a new agreement with the Sudan army, specifically with the Sudanese army general Abdel Fattah Abdelrahman Burhan, the agreement guaranteed Hamdok the “power” but to Burhan the role of the President of the Sovereign Transitional Council. Hamdok kept its role until the 2nd January 2022 when the agreement fell down because of the mass protest suppression by the hand of the army, which the “President” Hamdok did not accept.

Sudanese citizens from the coup until nowadays show their proactive attitude and their position against the coup result also of the value of the opposition networking and capacity building inducing the military to renegotiate power-sharing with civilians nowadays. However, the trust in the military deteriorated among the Sudanese citizens and the same among the international partners.

Since the military coup, the number of victims among civilians is every day growing and until now they are more than one hundred. They were killed in the repression of demonstrations against the military power.

The environment is dangerous, the parties do not believe in each other and the military lost its credibility nationally and internationally. An example of an international partner that does not trust anymore in the military is the African Union which said it will not take part in talks that exclude significant actors in an effort to get Sudan’s transition back on track after last year’s military coup. And another example are Sudan’s main civilian players who have so far boycotted talks with military leaders launched under international auspices earlier this month on reaching a political accommodation that would enable the restoration of desperately needed Western aid.

To the people who worked in this sector and helped the formation of the civil society is clear that can not be democracy without solid capacity building, especially before building democracy was necessary to build a civil society. For this reason, several activists said that conferences and workshops have to continue their job so that the future of the country will be democratic. Another problem Sudan will experience in the next month is also “Food insecurity” which accordingly to the activists won’t do anything more to increase the mass protests and the will for democratization.

[1] Picture that represents the division of Sudan: in Sudan and South Sudan. https://www.santegidio.org/pageID/30592/langID/it/SUD-SUDAN.html 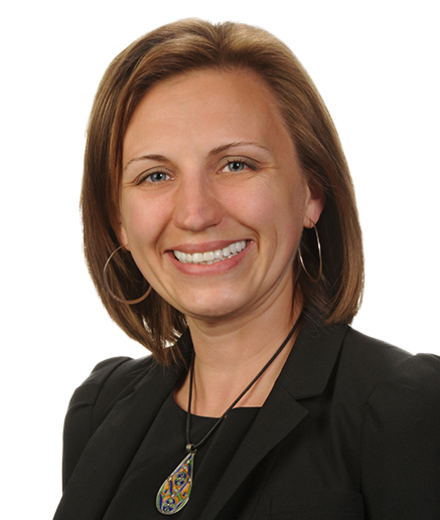 In Sudan, a narrow opportunity to get the democratic transition back on track